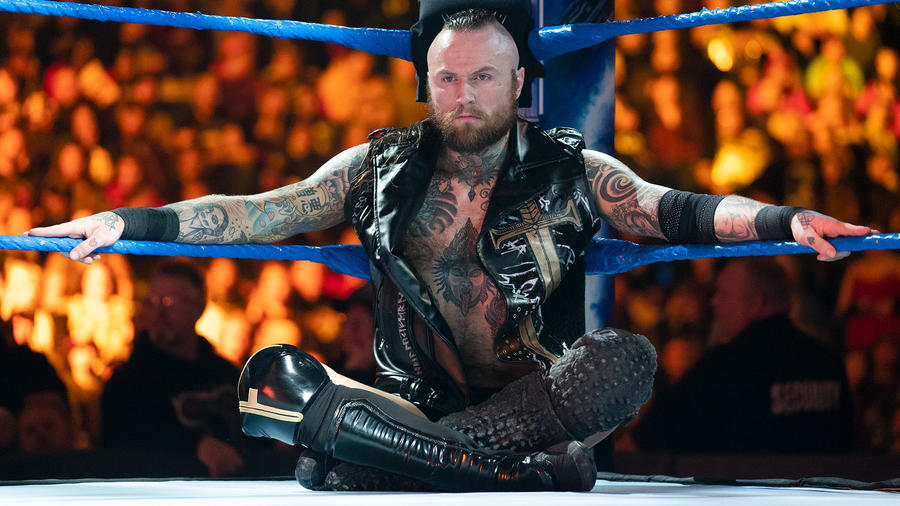 Trained in kickboxing and the Indonesian martial art of pencak silat, the Dutch Superstar boasts a world-class arsenal of strikes, none more disruptive than his Black Mass spinning heel kick. MMA pioneer Bob Schrijber was among Black’s early mentors, and before coming to NXT in 2017, the head-rocking Superstar spent years dominating independent wrestling circuits around the globe.

His path of destruction carried into the black-and-gold brand, where he went undefeated in one-on-one competition for over a year before winning the NXT Championship at TakeOver: New Orleans.

Upon making his main roster debut, Black joined forces with equally impressive NXT import Ricochet, and the duo picked up several statement victories over some of the top tag teams in WWE. After the 2019 Superstar Shake-up, Black set his sights on changing the landscape of SmackDown, and after weeks of daring anyone to come knocking on his door for a fight, Cesaro finally answered the call. Black followed up with a part of hard-hitting victories against The Swiss Cyborg. He since moved to Raw after being selected in the second round of the 2019 WWE Draft and has locked horns with AJ Styles and Murphy in several show-stealing singles bouts.

After Seth Rollins injured his eye, Black unleashed a dark side, and he'll take his new attitude to SmackDown after being chosen by the blue brand during the 2020 WWE Draft.

In stark contrast to his explosive ability, Black keeps a low profile outside the ring, expressing himself mostly through the artwork tattooed on his body. Mysterious as he is, the dangerous Superstar leaves little doubt that no matter the target, his opponent will fade to black.