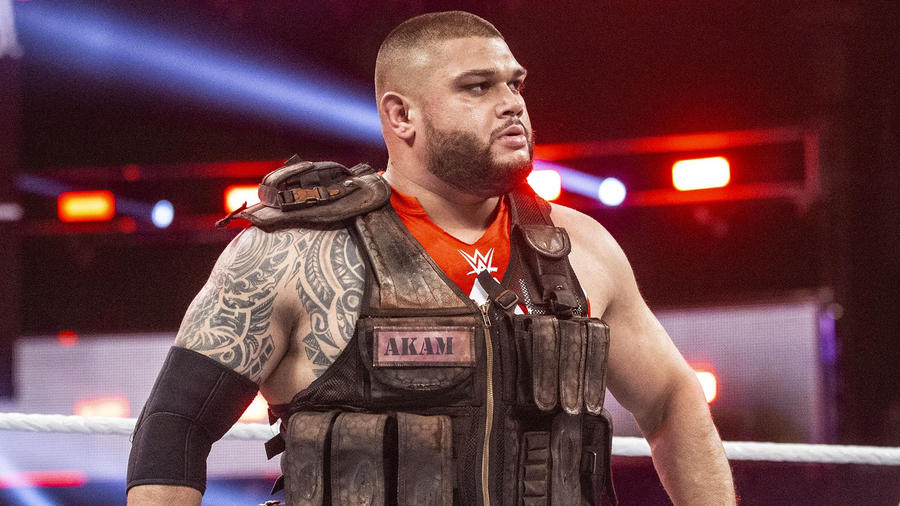 Akam, one half of the devastating duo known as AOP, was notorious for wreaking havoc everywhere he goes.

Initially led by WWE Hall of Famer Paul Ellering, Akam and his equally monstrous partner Rezar made a huge impact in their June 2016 NXT debut, demolishing American Alpha in unprecedented fashion. The devastating beatdown left the NXT Universe in stunned silence and set the tone for AOP’s inevitable dominance between the yellow ropes.

On the Raw after WrestleMania 34, the former NXT Tag Team Champions made their presence felt with a thorough thrashing of Heath Slater & Rhyno, and they briefly linked up with 205 Live General Manager Drake Maverick, the new manager for the terrorizing tandem, who eventually led them to the Raw Tag Team Titles.

After a hiatus from the ring, Akam and Rezar emerged more dangerous than ever on the red brand and immediately aligned with "The Messiah of Monday Night" Seth Rollins and Murphy. Together, the quartet ruled Raw with an iron fist.