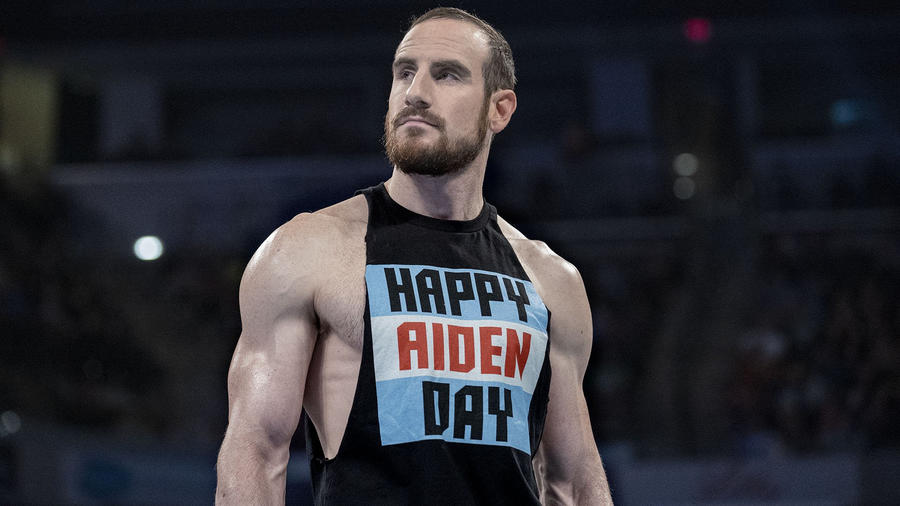 Fighting isn’t just a skill, it’s an art. And Aiden English is an artist. Actually, make that “Artiste,” a gentleman purveyor of the manly arts, including song, theater and, most prominently, combat.

English can be seen debonairly devastating opponents with all the power his wry, muscled frame will allow. English brings panache, as well, wrecking his foes with all the brutishness of a bygone era. And when he's done, "The Artiste" will dazzle the WWE Universe with a song, showing off pipes worthy of The Great White Way.

In WWE NXT, English combined forces with Simon Gotch to form The Vaudevillians, a throwback tandem determined to prove their pure manliness at the expense of teams such as The Lucha Dragons and Blake & Murphy. The Vaudevillians’ moxie paid off when they defeated Blake & Murphy at NXT Takeover: Brooklyn to capture the NXT Tag Team Championship.

After English spent some time belting out Acapellas to sing the praises of The Bulgarian Brute and ensuring that every day is Rusev Day, he and Rusev suffered through a losing streak due to several weeks of miscommunication during their matches, and The Drama King savagely attacked his tag team partner on an episode of SmackDown LIVE, declaring that he was done sharing the spotlight and was once again performing as a solo act. As someone who clearly loves the sound of his own voice, English has even tried his hand at commentary after joining the 205 Live broadcast team.

Whether relishing his time alone in the spotlight as a singles competitor or competing in the tag team ranks, English is always up for a scrap to demonstrate his old-school grit.