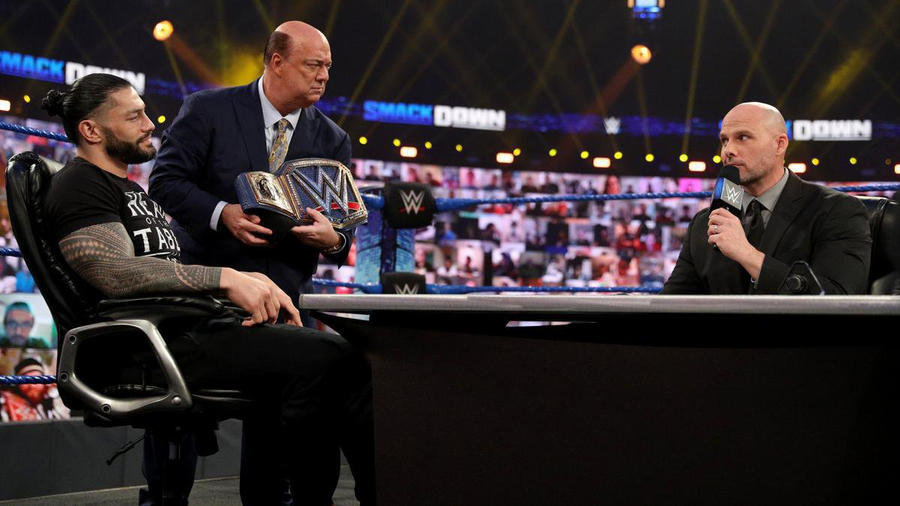 Adam Pearce is a former in-ring competitor who reached acclaim in the independent circuit and around the world before joining WWE. After working as an effective trainer in the NXT brand, he rose to the role of WWE Official on Raw and SmackDown in 2020.

Pearce does his best to keep the always-turbulent action under control and has often butted heads with the likes of Roman Reigns and Paul Heyman. At the behest of Shane McMahon, he was even forced to challenge Roman Reigns in a Universal Championship Match at Royal Rumble after The Head of the Table's cousin Jey Uso "helped" Pearce win a high-stakes Gauntlet Match.