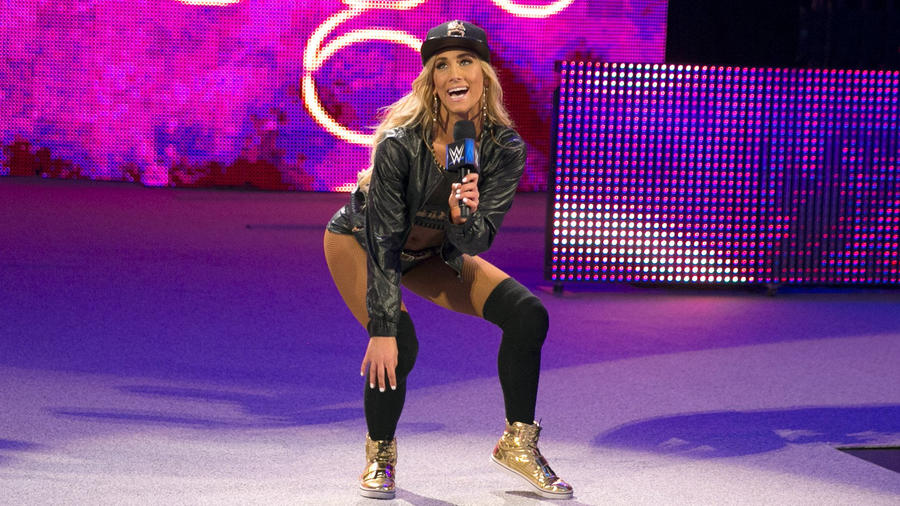 By reading her background on paper, you’d be forgiven if you assumed that Carmella was never going to make it in WWE. A former Laker girl who found her first success as the third wheel of a boys’ club with two of NXT’s most popular stars, the so-called “Princess of Staten Island” seemed destined for a steady, if unremarkable, career when she was chosen as the very last pick of the 2016 WWE Draft to fill out SmackDown LIVE’s Women’s division.

How wrong those assumptions would have been. In just a couple of short years, Carmella’s résumé expanded at lightning speeds. She won the first-ever Women’s Money in the Bank Match (and the second), defeated no less a talent than Charlotte Flair to win the SmackDown Women’s Championship, and won the second-ever WrestleMania Women’s Battle Royal. Her competitiveness is matched only by her creativity, which exploded in the freewheeling sideshow of the WWE Mixed Match Challenge, where she joined forces with R-Truth to originate an endearing seven-second dance break en route to winning the competition.

Despite her incredible achievements, Mella ruthlessly reemerged on SmackDown with an "untouchable" persona, making it clear that her best days still lay ahead.

Her beginnings are as humble as it gets, but Carmella has a career that is a testament to hard work, perseverance and making the most of any opportunity that comes your way, whether it’s as a hairdresser or a moonwalkin’, trash-talkin’ girl from the 718. She proved them all wrong, and fabulously so.