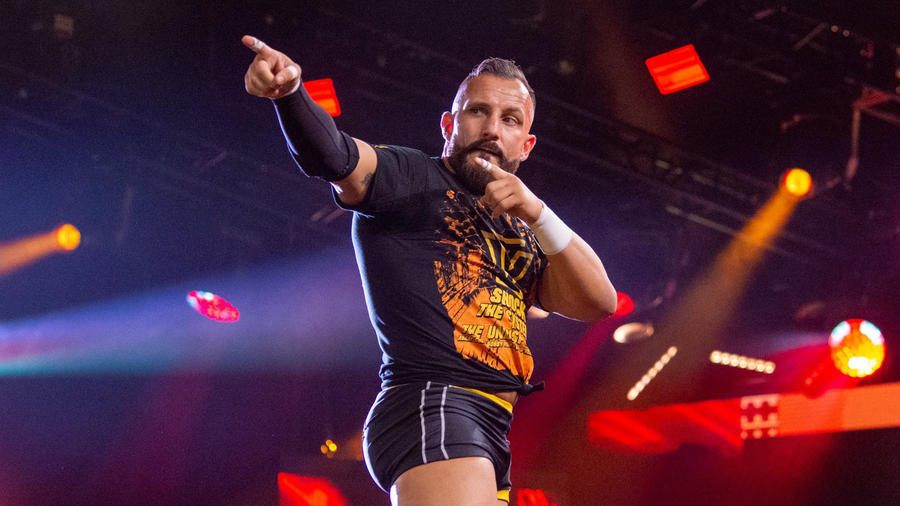 Bobby Fish walks with the swagger of a world-class grappler, and why wouldn’t he? A universally feared ring veteran, Fish possesses a dangerous combination of talent and grit. And as a founding member of the now defunct but forever revered Undisputed ERA, Fish boasts a list of accomplishments that would make most NXT Superstars green with envy.

Yet, Fish was well on his way to greatness even before joining the black-and-gold brand. He devoted more than 15 years to developing his utterly unique fighting style, which incorporates elements of Muay Thai kickboxing and catch grappling. Along the way, Fish earned the respect of some of the squared circle’s most hardened greats, from his onetime trainer and WWE Hall of Famer Harley Race to the late Japanese icon Mitsuharu Misawa.

He also formed a potent and highly successful tag team with a scrappy young Canadian named Kyle O’Reilly, capturing titles in the U.S. and abroad. Little did anyone know it was only a glimpse of things to come.

Fish and O’Reilly reunited upon arriving in NXT in 2017 as part of The Undisputed ERA. Alongside Roderick Strong and faction leader Adam Cole, they ran roughshod over the competition for years, never missing an opportunity to “shock the system” of the black-and-gold brand. Fish and O’Reilly immediately became a cornerstone of NXT’s tag team division, and Fish further proved his versatility as a tag team specialist by forming a winning combination with Strong as his teammate.

Yet, despite their countless successes and seemingly unbreakable bond, even The Undisputed ERA weren’t impervious to an implosion. That shocking day of reckoning came in 2021 when Cole savagely betrayed O’Reilly and Strong, splintering the group for good.

Although Fish may no longer be able to call on his onetime Undisputed ERA stablemates, there is no question that he is well-equipped to remain a top player in NXT for years to come.