Regis Philbin
Philbin was a guest interviewer and provided guest commentary for the main event between Hollywood Hogan and Sgt. Slaughter. Philbin has been around in the television industry since the 1960s. But he is probably best known for his morning talk show. It started in 1989 as Live With Regis and Kathy Lee, and he's still going strong, but with a new co-host as it's now Live with Regis and Kelly. 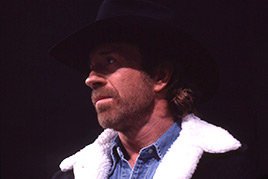 Chuck Norris
Norris had a ringside seat for the event. He would later go on to become a special ring enforcer at the Survivor Series in 1994. Norris' fame began in the world of martial arts. In 1968, Norris became the Professional World Middleweight Karate Champion. He held the title undefeated until he retired in 1974. He is also known for his work in movies as well as television. He starred in Walker Texas Ranger, which is still in syndication.

George Steinbrenner
Steinbrenner debated with Paul Maguire about the merits of instant replay in WWE. Steinbrenner is the famous owner of the most storied franchise in Major League Baseball, the New York Yankees. He is known for not only clashing with certain players and personnel such as Billy Martin but he is also known for being willing to spend whatever it takes to put a championship team on the field.

Macaulay Culkin
Culkin, who had a ringside seat at the event, was a child actor at the time most known for his role in the box office smash, Home Alone. 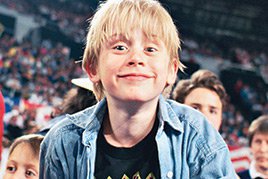 Ferrigno, who had a ringside seat for the event, is a former Mr. Universe who is also known for his role as The Hulk in The Incredible Hulk television series. He later went on to play himself in "The King of Queens" television series.

Winkler, who had a ringside seat for the event, is an actor who will forever be known for his role as The Fonz in Happy Days. He has gone on, however, to direct and has also had big roles in such movies as The Water Boy and the television series Arrested Devlopment.

Paul Maguire
Maguire debated with George Steinbrenner about the merits of instant replay in WWE. Paul Maguire is an American Football League Hall of Fame tight end and helped lead the Buffalo Bills to league championships in 1964 and 1965. Maguire went on to become a sports broadcaster, covering both college and professional football. 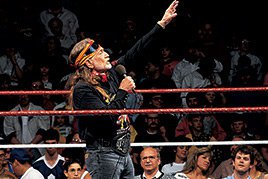 Willie Nelson
Nelson kicked off WrestleMania VII with his rendition of God Bless America. Willie Nelson is one of the greatest country singers of all time.

Donald Trump
Donald Trump, who had a ringside seat for the event, is the billionaire and real estate tycoon who is now known for his television show The Apprentice. Over the years, Trump has become somewhat of a WrestleMania regular.

Alex Trebek
Trebek was a backstage interviewer and was the guest ring announcer for the main event between Hollywood Hogan and Sgt. Slaughter. Trebek has been hosting television game shows since the 1960s, but he really hit it big in 1984 with Jeopardy! The show is still going strong today and Trebek has been the host since the show began.

Marla Maples
Maples was a guest timekeeper and interviewer. Marla Maples' major claim to fame is being one of Donald Trump's ex-wives.