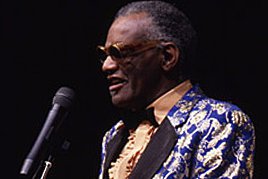 Ray Charles
Ray Charles opened up the WrestleMania 2 pay-per-view event with his unforgettable rendition of "America the Beautiful." the legendary piano player and recording artist, who, despite being blind, combined gospel and blues to churn out such classic hits as "Hit the Road, Jack" and "I Can't Stop Loving You." His amazing talents even led the great Frank Sinatra to dub him "The Genius." 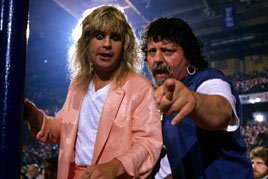 Ozzy Osbourne
Ozzy accompanied the British Bulldogs to the ring for their World Tag Team Championship match against The Dream Team.

Susan St. James
St. James provided commentary with Vince McMahon during the New York portion of WrestleMania 2. St. James is best known for her acting on the then hit-show Kate and Allie as she played the part of Kate McCardle. 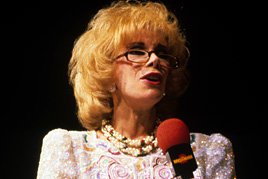 Joan Rivers
Rivers was a special guest ring announcer. She is a legendary comedienne who is well known for her stints as a guest host on the Tonight Show with Johnny Carson, headlining Las Vegas and Carnegie Hall, and reporting from the Red Carpet of big events on the fashion of the stars.

Cathy Lee Crosby
Crosby provided commentary with Gorilla Monsoon and "Mean" Gene Okerlund during the Chicago portion of WrestleMania 2. Crosby is an internationally-known star of stage, film and television. Perhaps she was best known as being one of a trio of hosts for That's Incredible.

Tommy Lasorda
Lasorda was a special guest ring announcer. Lasorda was the outspoken, extremely successful manager of the Los Angeles Dodgers at the time. The Hall of Famer led the Dodgers to eight division titles and two World Series Championships. 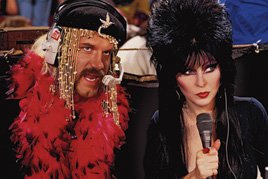 Elvira
Elvira provided commentary with Jesse "The Body" Ventura and Lord Alfred Hayes during the Los Angeles portion of WrestleMania 2. Elvira's work in film and her unmistakable image has made her a pop culture icon. Her trademark low cut, black dress certainly adds to her trademark look.

Ricky Schroeder
Schroeder was guest timekeeper. Schroeder, a child-actor at the time, was known for his work on the hit NBC show Silver Spoons. Years later, Schroeder would reinvent himself as a more serious actor in the longstanding ABC series NYPD Blue. 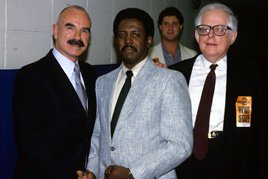 G. Gordon Liddy
A guest judge for the Mr. T-"Rowdy" Roddy Piper boxing match, the former chief operative for the White House Plumbers unit was inexorably linked to the burglaries of the Democratic National Committee headquarters in the Watergate building in May and June 1972.

Darryl Dawkins
The enormously popular NBA player known as "Chocoate Thunder" was a guest judge for the boxing match between Mr. T and "Rowdy" Roddy Piper. It is unknown if he ever returned to "the planet Lovetron," where he spent his off-seasons practicing "interplanetary funkmanship."

Herb
Herb was portrayed in commercials for the fast food chain Burger King as the only man in America who hadn't eaten at the restaurant. The commercials became a big hit with television viewing audiences, and Herb became a household name. 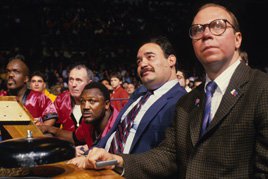 Cab Calloway
Calloway was a guest judge for the boxing match between Mr. T and "Rowdy" Roddy Piper. Calloway is considered one of the premier jazz performers of all time.

Clara Peller
The guest timekeeper was legendary for her work as the "Where's the Beef?" lady in commercials for the restaurant chain Wendy's. At the time, her commercials were arguably the most popular on TV. 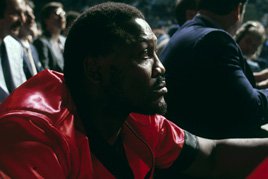 Joe Frazier
Frazier was Mr. T's corner man for his boxing match against "Rowdy" Roddy Piper. Smokin' Joe, as he was called, was one of the most famous heavyweight boxers of all time. He is most remembered for his memorable rivalry with Muhammad Ali. He defeated Ali, in their first fight, winning a 15-round decision at Madison Square Garden. He lost their rematch, which set up the famous "Thrilla in Manilla" fight. He put up a valiant effort, but lost when his corner threw in the towel after the 14th round.