Seven months before Kevin Nash savagely attacked Triple H with a sledgehammer on WWE Raw SuperShow, the two men were standing with their longtime friends Shawn Michaels and Sean Waltman on the stage of Atlanta’s Philips Arena, celebrating HBK’s induction into the WWE Hall of Fame. It was a defining moment for the four Superstars who, along with Scott Hall, formed “The Kliq” — the most exclusive and, perhaps, most influential group in all of sports-entertainment.

In an industry where lasting friendships are rare, their alliance had withstood doomed promotions, debilitating injuries and personal demons. After two decades, The Kliq was still united.

But all that’s changed.

“They pushed it too far,” Shawn Michaels told WWE.com when asked about the war between The Game and Kevin Nash. “And it’s one of those things that, before it’s going to get better, I’m afraid it’s probably going to have to get worse.”

To understand the animosity between Kevin Nash and Triple H, you first have to appreciate the dynamics of The 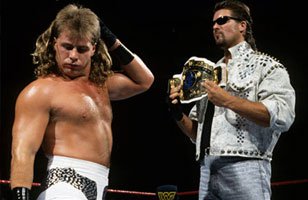 Kliq. Formed by Michaels and Nash in the early ’90s, the “Two Dudes with Attitudes” developed a tight bond both in and out of the ring. Soon, they became a trio with the addition of Razor Ramon (Scott Hall), Shawn’s old friend from his days in the AWA. Hall, in turn, introduced a young rookie named The 1-2-3 Kid (Sean Waltman) to the group.

As four of WWE’s biggest and most talented Superstars, The Kliq quickly began to wield considerable influence with Mr. McMahon — a fact that did not endear them to the younger competitors who were looking to make a name for themselves in WWE. But there was also conflict within their group over who was the true leader of the team, something that stemmed from Nash’s ever-present need to be the center of attention.

“I think Shawn thought he was pretty much the head honcho of The Kliq, except that Kev was the biggest,” Sean Waltman remembered.  “Any time we’d be driving down the road, arguing about something, we’d go ‘Who made you the boss?’ Kev would always say, ‘God, because I’m the biggest.’”

The power struggle was further complicated when a fifth member joined The Kliq in 1995. As the story goes, Triple H, upon arriving in WWE from WCW, walked right up to Shawn Michaels and told him he wanted to be a part of his crew. It was a bold move that immediately impressed HBK.

“He wasn’t going to get over with the locker room by picking us to hang out with, but he did it anyway,” Michaels said. “I thought that was cool and Kev wasn’t sure, but, because he trusted my judgment, he let him in.”

Nash may have been skeptical of The Game at first, but the two soon connected through a shared passion for sports-entertainment and a drive to attain more than just championships. While the other Kliq members goofed off, Nash and Triple H discussed the inner workings of the sports-entertainment industry, attempting to figure out how to dominate not just in the ring, but in the corporate office.

“Those two were probably the closest we could get in our little group to being the responsible ones,” Michaels said. “It was only a matter of time before it was going to come down to see who was really the one that held it all together.”

It would be years before that finally happened. Following Hall and Nash’s exodus to WCW in 1996, The Kliq 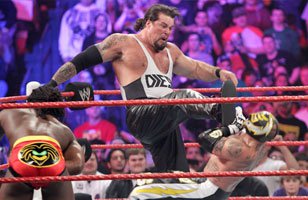 split into two factions — WCW’s New World Order and WWE’s D-Generation X. Both Nash and Triple H ascended to the top of their rival organizations while remaining close friends, but Big Kev faced failure when WCW crumbled around him in 2001. He moved in and out of the sports-entertainment realm after that, including a brief stop in WWE in 2002, but Nash seemed to flounder for much of the decade.

That was until the 2011 Royal Rumble. On that January night, Nash made his long-awaited return to WWE under his original Diesel persona and received a thunderous ovation. The big man was sure it was a sign that he belonged back on top of the largest sports-entertainment company in the world, but his phone calls to WWE’s COO went unanswered.

As it turns out, Kevin Nash is not the type of man who likes to be ignored.

“Kev was always willing to go and do things that I wasn’t willing to do to get ahead,” Waltman said. “Let’s face it, to get where Kevin has gotten in the industry, you have to be ruthless.”

For Nash, that meant hitting his friend of 15 years with a sledgehammer so hard that it crushed the vertebrae in his neck. The assault put The King of Kings in the hospital, but both Michaels and Waltman can attest to the same fact — Triple H always hits back.

“We all have a hell of a mean streak, every last one of us. And those guys, their mean streaks are as big as they are,” said the competitor formerly known as X-Pac. “If Nash is willing to go to those measures, I know Hunter would be too.”

It’s a fight both Waltman and Michaels know will happen, but neither want to see. According to HBK, had the entire Kliq been together like they were on that perfect night in March of 2011, this would have never happened. But they weren’t. Now, they may never be together again.

“There were plenty of times where one of us was about to get into it with the other one and, as buddies, we always made sure it didn’t happen,” Michaels said. “Early on, somebody could have diffused this, but it’s gone too far now. It’s going to be ugly.”

Connect with Shawn Michaels and Sean Waltman on Twitter

Learn more about HBK's pursuits outside of the ring at mrahunting.com