The entire WWE Universe was listening to CM Punk's rant-filled renegotiating on Monday Night Raw, but no one would've expected the dissatisfied Superstar to scream for the return of WWE ice cream bars.

Listing off his provisions including his own jet as well as his lip-ringed visage affixed to WWE turnbuckles, souvenir cups and more, The Straight Edge Savior of milky desserts also petitioned for the return of the squared circle’s most beloved frozen treat. (WATCH)

“I want everything with my face on it … the No. 1 thing being I want you to bring back the WWE ice cream bars,” Punk demanded of Mr. McMahon. 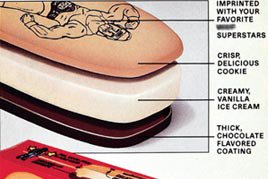 The swell of support for the Superstar-stamped sandwiches-on-a-stick was instantly reverberated by the WWE Universe in Boston, who engaged in a reverential chant for WWE Superstar ice cream bars, not to mention the droves of WWE fans who took to social media and more as proponents of Punk’s request.

After two decades of WWE dessert making, Good Humor discontinued the creamy treats in 2009. Over the course of 20 years, the company soft served its share of veritable legends including WWE Hall of Famers “Stone Cold” Steve Austin, Bret “Hit Man” Hart, Junkyard Dog and “Hacksaw” Jim Duggan, while also chronicling the evolution of the indomitable Phenom in ice cream form. 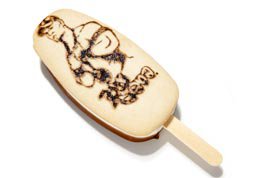 From Andre the Giant to John Cena, the ring’s biggest names have been immortalized in ice cream. The jury is out on whether or not The WWE Chairman will comply with at least this part of CM Punk’s multi-pronged appeal. But, while the entire WWE Universe waits for its just desserts, WWE.com offers a special look at the frozen delicacy.