Together, Jimmy and Jey Uso are one of the most exciting and fastest-rising tag teams in WWE. The sons of former WWE Superstar Rikishi, the twins are proud of their Samoan heritage, as clearly evidenced by the Samoan war dance they perform before each match. David Dallas, the artist who performs The Usos' new entrance theme, “So Close Now,” hails from New Zealand but also shares a deep pride in his own Samoan heritage. Having Dallas’ song pump through arena speakers as they make their entrance is a perfect fit for The Usos and they are ecstatic to have a fellow Samoan descendant bring them to the ring. 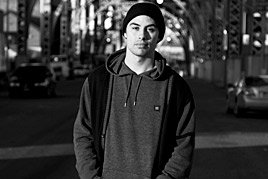 “It’s an honor. The Usos are young and rising WWE Superstars, like David Dallas who is a young rising rap artist. We both represent our heritage in two totally different ways. 'Malo Uso' – which means 'Good Job Brother!'” The Usos agreed.

Dallas, a longtime WWE fan, found the song to be the perfect synergy of his love for WWE and his Samoan heritage. “The opportunity came up to do a song for a Samoan tag team in WWE, how could I say 'no' to that? WWE has always been super popular where I'm from in New Zealand. My bros and I were all fans, and even though we had a strict deadline we worked hard to make the song happen and I'm happy with how it turned out.”

The rapper also added, “My mother is Samoan, and being that my parents split when I was really young, I've only grown up with the Samoan side of my family. Making a tune for some dudes who represent Samoa on a world stage is a no-brainer for.”

The Usos commented that for them, there is no better entrance theme to get into the mindset before competing. “Our entrance music makes us feel like we are going into war. Our emotions are high, our energy is high, and our blood is pumping. There’s a saying we always say to each other that describes these emotions: ‘All the way turn it up!’”

Music has always been an integral part of WWE and Dallas is happy to be a part of that relationship. “I still remember thinking the D-Generation X song was dope growing up, so I'm happy to add to the musical legacy of WWE.”

"So Close Now" is now available on iTunes. David Dallas' album The Rose Tint is also available now on iTunes.

For more on David Dallas, visit his official website.