With the historic Big 4 concert at Yankee Stadium – that featured four of metal’s heaviest bands (Metallica, Slayer, Megadeth and Anthrax) – we thought it fitting to recall some of the most "metal" entrances in WWE. So, crank up the volume, raise your fist and snap your neck to these classic metal entrances.

Motörhead – The Game
When Motörhead lead singer Lemmy Kilmister’s voice echoes throughout an arena and announces "Time to play the game … " you forget everything else and sit on the edge of your seat, waiting for the first glimpse of one of WWE’s toughest Superstars – Triple H.

Rev Theory – Voices
He may have anger management issues, but all those voices in his head have certainly paid huge dividends for World Heavyweight Champion Randy Orton over the years. Our advice: Don’t stop listening.

Killswitch Engage - This Fire Burns
Right now, CM Punk may be part of the Cult of Personality, but deep within a “Fire Burns.” Can Punk use this passion to defeat and force COO Triple H to resign at Night of Champions?

Alterbridge - Metalingus
Edge's abrupt retirement sent shockwaves throughout the WWE Universe. But The Ultimate Opportunist returns to SmackDown this Friday to host "The Cutting Edge" (WATCH). What does The Rated-R Superstar have in store? Regardless, watching his adrenaline-inducing entrance is reason enough to tune in.

Saliva – I Walk Alone
He may “Walk Alone,” but if you don’t get out of Batista’s way, he might just walk right over you. Have we seen the last of The Animal in WWE?

Black Sabbath - Iron Man
Is there anything more metal than entering an arena to the Prince of Darkness Ozzy Ossbourne? WWE Hall of Famers The Road Warriors wowed legions of fans when they came charging in to the mighty Black Sabbath. What a rush!

Anthrax - Raw is War
They may be considered the opening act at the Big 4 concert, but local diehards made it a point to get to the stadium in time and see the guys, who were at the forefront of the thrash metal scene in New York. 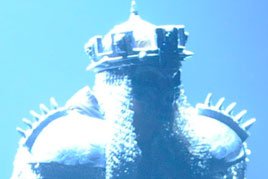 Speaking of history, it was Anthrax who laid down the theme for the first Raw shows – now one of the longest running weekly episodic TV programs.

Metallica – For Whom the Bell Tolls
Triple H’s entrance at WrestleMania XXVII exuded all that is metal. If you’re a longtime Metallica fan, you got goose bumps when The King of Kings emerged clad in barbarian gear, ready to do battle with The Undertaker. (PHOTOS | WATCH)

MORE METAL
What are some of your favorite metal moments and songs in WWE history? Sound off now on
WWE's Facebook and Twitter pages.