MATTEL RUMBLERS
Get it on the action with Mattel's tiniest toys, WWE Rumblers. These mini-replicas of your favorite WWE Superstars certainly can rumble, but are small enough to fit in the palm of your hand. Check out exclusive two-packs such as John Cena & Sheamus, Big Show & Triple H and CM Punk & R-Truth. Also check out playsets, such as the Ringside Takedown Playset with a Randy Orton Rumbler and the Steel Cage Playset with a Rey Mysterio Rumbler. 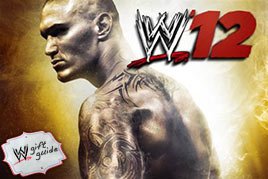 THQ's WWE '12
WWE '12 (available Nov. 22) for PlayStation 3, Xbox 360 and Wii is a great gift for the gamers in your life. It will offer players the opportunity to engage in the WWE experience through the new Predator Technology dynamic gameplay system, which is poised to deliver the most fluid, dynamic, authentic and action-packed WWE simulation experience to date. Included are the new Breaking Point submission system, new Attributes and control layout as well as significant improvements to other key gameplay systems, including Momentum and Stamina. WWE '12 will feature the franchise's best-in-class creation suite, enabling players to develop and customize their own Superstars, entrances, finishing moves, storylines, Highlight Reels and other all-new capabilities to be announced later this year. As well, the popular Road to WrestleMania Mode will enable players to explore compelling new storylines and major gameplay improvements. WWE '12 will also boast one of the largest rosters of WWE Superstars, WWE Divas and WWE Legends in franchise history, including cover Superstar Randy Orton, John Cena, The Miz and the debuting Alberto Del Rio. Pre-order WWE '12 for PlayStation 3 and Xbox 360 and get The Rock as an in-game playable character. This offer ends Nov. 22. 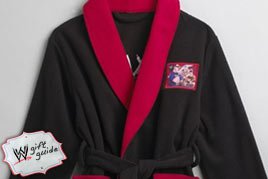 WWE ROBES
The WWE boy's fleece bathrobe is the perfect gift for every young man in the WWE Universe. John Cena, Randy Orton and The Miz give the fleece robe a tough look he'll love! This loungewear features contrasting trim, a tie at the waist, two front pockets, is made from a polyester blend and is machine washable.

WWE Raw results, Feb. 24, 2020: Owens unloads on ref after controversial call in match with The Viper