WWE Bring it Back!: The King of the Ring pay-per-view

Between 1993 and 2002, WWE centered an entire pay-per-view around its longstanding elimination tournament, King of the Ring – a glorious honor, contested since 1985.

MAJESTIC KING OF THE RING PHOTOS

As a result of its unique theme and its wide scale popularity, this summer extravaganza put numerous Superstars on the fast track to success, creating infectious electricity that arguably placed it on the same level as WrestleMania, Royal Rumble, Survivor Series and SummerSlam. WWE.com calls for the return to this all-out regal pay-per-view. 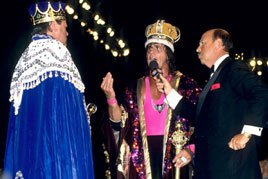 Although the King of the Ring tournament has been contested several times since 2002 on both Raw and SmackDown, making it the focus of a high-profile pay-per-view gave it a divine energy. By winning this contest of extreme intestinal fortitude at such a large scale event, a Superstar instantly set himself apart from the pack. Although, it did not give the winner a championship title straightaway, it laid the ground work for greatness, propelling him to a level of competition where the WWE Title would surely be decided.

With such a prize at stake, the true majesty of becoming King of the Ring really had little to do with wearing a crown or holding a scepter. It allowed a Superstar to prove – to himself, the locker room and the entire WWE Universe – that he had what it took to become the face of WWE. Such success ignited rivalries such as Bret “Hit Man” Hart and Jerry “The King” Lawler, inspired the rebellious “Stone Cold” Steve Austin to utter the words “Austin 3:16” for the first time and led Triple H to “crown” Mankind in a brutal post-match assault. 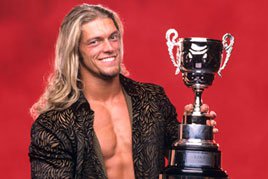 However, the splendor of King of the Ring went far beyond putting a Superstar on the thrown. Additional matches of epic proportion – unrelated to the tournament itself – latched on to the excitement and transformed already fierce showdowns into a thing of legend.

It was at King of the Ring '93 where a crooked photographer cost Hulk Hogan the WWE Title in what would be his last WWE match in the '90’s, where The Undertaker threw Mankind off the sadistic Hell in a Cell and into immortality in '98, where The Rock captured Triple H’s WWE Title in an earth-shattering six-man tag team encounter in 2000 and where Kurt Angle hurled Shane McMahon through the glass set numerous times in '01, shattering it into a million pieces. 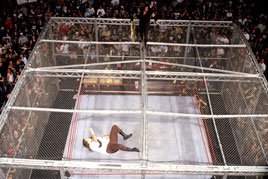 Reviving such a glorious pay-per-view tradition would serve as the perfect battleground for the intense combination of up-and-coming athletes and battle-tested warriors that now occupy the WWE locker room. Would Dolph Ziggler be destined to take the throne over Randy Orton? Could Evan Bourne lift the monarchy to new heights? Heavy is the head that wears the crown. But, would Big Show or Brodus Clay prove the heaviest of all?

All hail, King of the Ring! WWE, bring it back!

MAJESTIC KING OF THE RING PHOTOS