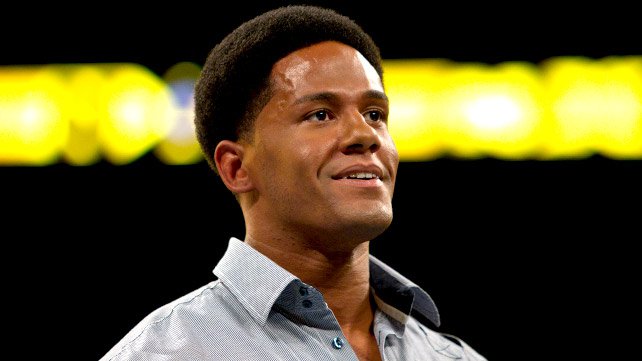 Darren Young has revealed his sexuality to the WWE Universe and they have repaid his honesty with a wave of support.

As the first active, contracted WWE Superstar to come out as gay, Young has received well-wishes surrounding his announcement from all corners of the sports-entertainment world. While Young himself and the WWE locker room prepare for this Sunday’s SummerSlam in Los Angeles, several WWE veterans and executives have tweeted their encouragement of “Mr. No Days Off” in the wake of his historic proclamation.

Congratulations, @DarrenYoungWWE for living YOUR life, YOUR way. #proud

Congratulations to @DarrenYoungWWE for being the first openly gay WWE Superstar!

I respect @DarrenYoungWWE's decision to come out and am happy to see the support from the WWE Universe.

@itsmilesbrah .. Darren Young's sexual orientation is a non issue to me. Same for his ethnicity.

Im more than proud of Darren Young for having the courage to come out. The trust is that WWE & Pro Wrestling in general have long been ahead

.. of the curve when it comes to accepting sexual orientations

Proud of you bro @DarrenYoungWWE

History in our business will remember @DarrenYoungWWE as a pioneer with the courage to say proud, this is who I am. Hell of a talent & a man

@DarrenYoungWWE I'm so proud of you!! See you this week!!

I'm proud of @DarrenYoungWWE for his courageous decision. He's a genuinely good dude and one of the most talented performers in @WWE

Nothing but love and respect for my dude @DarrenYoungWWE!

Happy for @DarrenYoungWWE! Big moment for him and everyone else. Happy for you, bud!

Very proud to be apart of @WWE today. Tremendous show of courage from @DarrenYoungWWE

Very proud of Darren Young! He has my full support! Great job buddy

Never b bullied n2 silence.Never allow yourself 2 be made a victim.Accept no ones definition of your life; DEFINE YOURSELF- Harvey Fierstein