What can the WWE Universe expect in 2012? Perhaps a better question to ask is who. After all, 2011 was clearly the year of the comeback, and evidence in past weeks strongly indicates it's a trend that will only continue during the next 12 months. Just look at all who returned to the WWE fold in 2011 and judge for yourself: 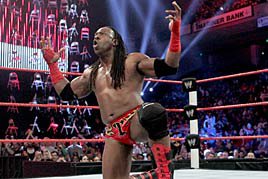 Booker T
Before returning to the squared circle in a bid to teach Cody Rhodes a lesson in respect, the 6-time World Champion made a triumphant return to WWE in January during the 2011 Royal Rumble Match. He has since become a mainstay behind the SmackDown commentary booth, but as Rhodes has learned, Booker still has what it takes to compete inside the squared circle. The former World Heavyweight Champion also joined Trish Stratus and “Stone Cold” Steve Austin in the development of potential new Superstars on the USA reality series “Tough Enough.”

Kevin Nash
Also in 2011’s Royal Rumble Match, one of the most controversial Superstars of all time made his return to WWE. Big Daddy Cool Kevin Nash, a.k.a. Diesel, earned resounding cheers throughout the WWE Universe when his classic entrance theme played in January’s 40-Superstar contest. The accolades faded, however, when Nash, who had not competed in WWE for nearly six years, set his sights on former best friend Triple H. Although The Game ultimately got the best of Big Sexy at WWE TLC, Nash’s 2011 comeback conjured up rumors of everything from the Kliq taking over to the return of the infamous New World Order.

Triple H
In 2010, Sheamus attacked The Game with a lead pipe, causing an injury serious enough to keep Triple H out of action for months. In the weeks leading up to WrestleMania XXVII, The Cerebral Assassin returned to the ring to challenge The Undertaker and his Undefeated WrestleMania Streak. Although he barely escaped with The Streak intact, The Deadman was mercilessly pummeled by The Game, to the point that he had to be carried out on a stretcher and has not been seen since. Triple H would recover from the brutal contest and return again as WWE COO, only to return to the ring shortly thereafter. Finally, The Cerebral Assassin would stage a third, and perhaps most impressive, comeback following an attack by Kevin Nash. It appears that no matter how long Triple H is sidelined, he always comes back on top of his game.

Trish Stratus
The WWE Universe was delighted when former Women’s Champion Trish Stratus made her return to the ring at WrestleMania XXVII in Atlanta. There, Stratus teamed up with John Morrison & Snooki and defeated Lay-Cool & Dolph Ziggler. Besides proving that she is still one of the greatest Divas to ever compete in WWE, the Toronto native accompanied Booker T in the development of potential new Superstars on the USA reality series, “Tough Enough.” 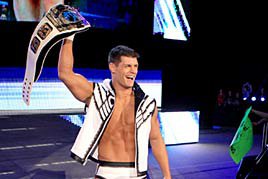 The Classic Intercontinental Championship
Cody Rhodes is not one to go out of his way to draw cheers from the WWE Universe. However, at Hell in a Cell, the Intercontinental Champion explained that he wanted to be held in the same high regard as legendary Intercontinental Champions such as Mr. Perfect, “Rowdy” Roddy Piper and “Stone Cold” Steve Austin. Rhodes felt the way to accomplish this way by doing away with the current incarnation of the title and bringing back the classic look. Despite its collective disdain for Cody, the WWE Universe loved the throwback to yesteryear and Rhodes has proudly carried the title ever since. (PHOTOS: CLASSIC INTERCONTINENTAL CHAMPIONSHIP)

Mick Foley
One week before The Rock and John Cena teamed up at Survivor Series, Mick Foley returned to WWE and presented Cena with a special “This is Your Life.” As his gesture turned to embarrassment for Cena, The Great One silenced Foley with a shocking Rock Bottom. However, that did not keep the Hardcore Legend down for long as he kicked off the holiday season as Jolly ol’ St. Mick for a special live edition of SmackDown. It remains to be seen how involved Foley will be with WWE in the months ahead, but the WWE Universe is surely having nicer days knowing that the former WWE Champion has come back home.

Masked Kane
After being sidelined due to an injury suffered at the hands of Mark Henry, Kane disappeared from WWE for months. In December, The Big Red Monster resurfaced during Henry's battle with John Cena on WWE Raw SuperShow. In a fiery rage, Kane - wearing a mask to cover his visage as it had long ago - shockingly attacked Cena. The comeback of The Big Red Monster's mask seems to have brought Kane back to a much darker place, and has put Cena and the entire WWE Universe on notice. (PHOTOS: MASKED KANE HISTORY)

The Rock
The WWE Universe thought it would never happen, but… FINALLY, The Rock has come back to WWE! The People’s Champion electrified the world when he returned to WWE as the host of WrestleMania XXVII. However, The Great One’s return was to be even greater than anyone could possibly imagine. The night after The Show of Shows, The Rock and John Cena agreed to square off at WrestleMania XXVIII. If that wasn’t enough, at Survivor Series, The People’s Champ returned to the squared circle, teaming with Cena to defeat R-Truth & The Miz. The return of The Great One has delighted the millions – and the millions – of The Rock’s fans all over the world, certainly making his comeback the most electrifying of 2011.