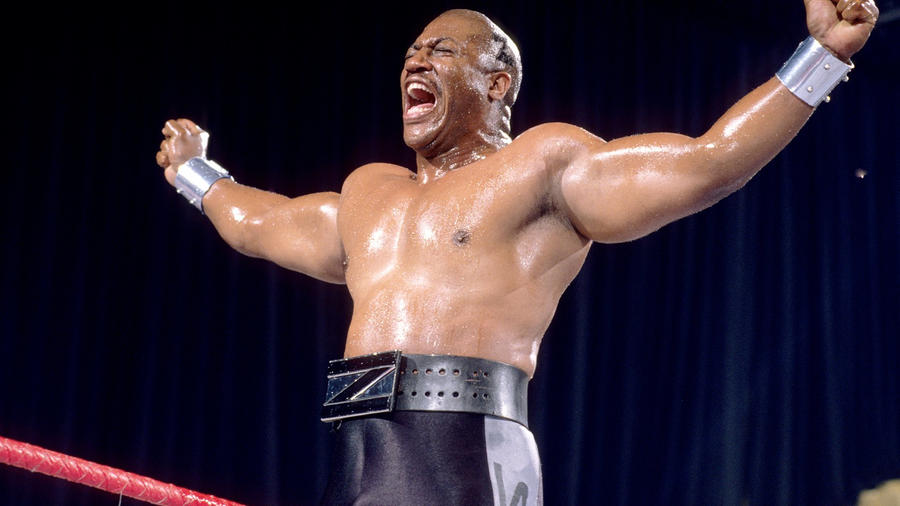 Like a bulldozer with no operator, Zeus, The Human Wrecking Machine, ran over WWE in the late 1980s, leaving nothing but destruction in his path.

The 6-foot-5, 300-pound co-star of Hulk Hogan’s movie “No Holds Barred,” Zeus entered WWE rings in 1989 to prove that his loss to The Hulkster in the film was purely fiction and that he deserved top billing on the marquee. Building off the tension between him and Hogan on the set, The Human Wrecking Machine brutally assaulted Hogan before a WWE Title defense on Saturday Night’s Main Event, clubbing him with vicious forearm shots.

The monstrous Zeus soon found a common bond with “Macho Man” Randy Savage, as the two shared an intense dislike for The Immortal One. The Human Wrecking Machine seemed unstoppable at Savage’s side, as nothing fazed him. Hulk Hogan and his buddy Brutus “The Barber” Beefcake threw everything at the towering figure – fists, clotheslines, steel chair shots – but Zeus barely flinched.

Inside the ring, Zeus didn’t seem focused on wins and losses, just on inflicting as much damage as possible. There is no better example of this than at Survivor Series 1989. As part of Ted DiBiase’s Million Dollar Team, The Human Wrecking Machine refused to stop choking The Hulkster, even tossing the referee aside with one arm while still throttling Hogan.

Unfortunately, Zeus’ time in WWE was fairly brief. He left WWE after being defeated by Hogan in a Steel Cage Match in December 1989.