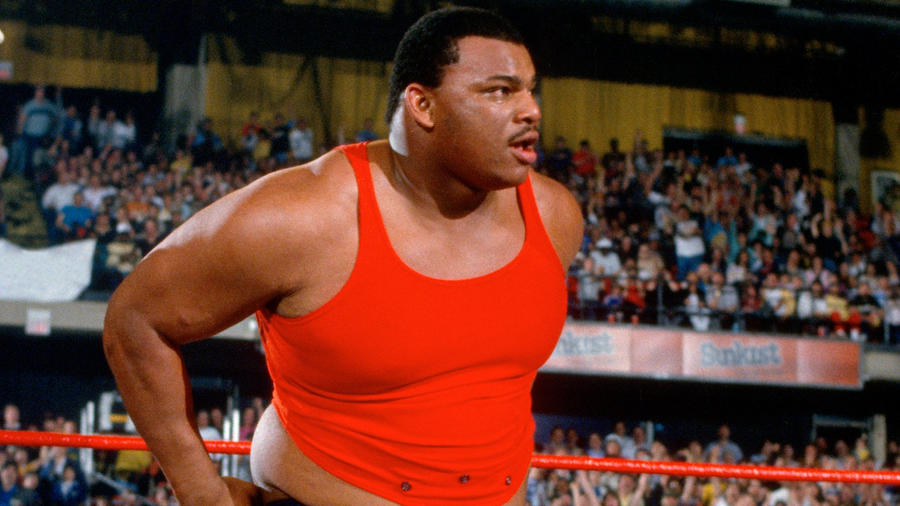 WrestleMania is often referred to as the Super Bowl of sports-entertainment, so it made perfect sense to induct Chicago Bears' Super Bowl Champion and WrestleMania 2 competitor, William "The Refrigerator" Perry into the celebrity wing of the WWE Hall of Fame in 2006.

Simply known as The Fridge to many of his adoring fans, the Super Bowl Champion defensive lineman made his mark on WWE at WrestleMania 2 at the Rosemont Horizon in Chicago in the first-ever WWE Superstar and NFL Player Battle Royal. Joining the likes of Bret "Hit Man" Hart, Bruno Sammartino, The Iron Sheik and Andre the Giant were several football players. Many didn't think that the football players would stand a chance against the giants of the squared circle, but if anyone had a chance, it was The Fridge. Additionally, since The Fridge was one of the most popular players to ever play for the Bears, he also had the home field advantage.

Before the match even started, The Fridge seemed to pick out his primary target: WWE Hall of Famer Big John Studd. The Fridge isn't used to being the smaller man, but Studd did have a size advantage over the master of the gridiron. Amidst all of the chaos during the match, Studd managed to eliminate Perry over the top rope. But The Fridge wasn't about to leave quietly. He extended his hand for a handshake, seemingly to acknowledge the better man had won. Studd reached out to Perry, but once their hands met, The Fridge pulled the WWE Hall of Famer over the top rope, eliminating him. The Fridge had outsmarted Studd.

Eliminating one WWE Hall of Famer in a battle royal on the grandest stage of them all is an impressive accomplishment in itself. But before being eliminated by Studd, The Fridge also managed to eliminate another Class of 2006 WWE Hall of Fame inductee, Tony Atlas. Eliminating two WWE Hall of Famers in one WrestleMania is a feat that no celebrity will probably ever match.

Perry's WrestleMania accomplishment is one that few will forget, but his accomplishments in the NFL are more impressive. The Fridge burst onto the scene in the NFL as a first round draft pick by the Bears in 1985. He immediately impressed with his defensive line play, but he also had the unique opportunity to occasionally play on offense. In fact, The Fridge was even called upon during Super Bowl XX to run the ball, and he made the most of it, plowing over a slew of New England Patriots and into the end zone for a touchdown.