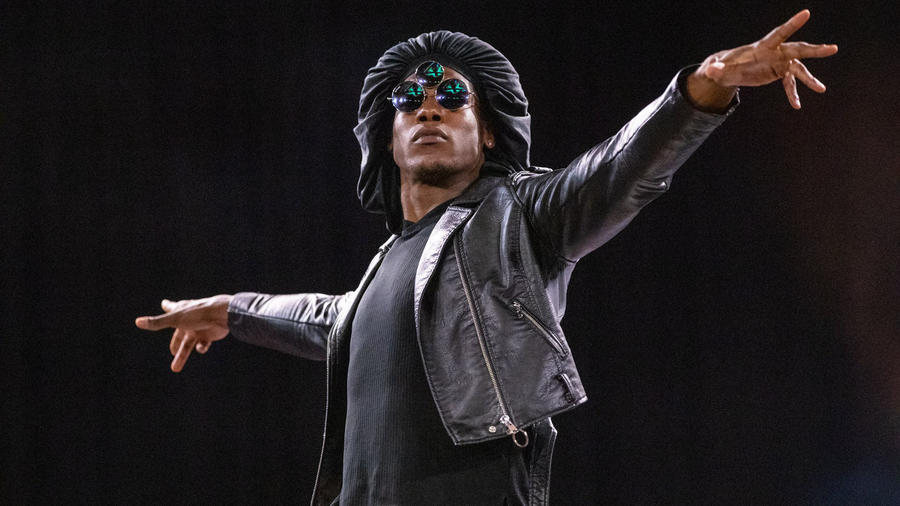 The enigmatic Superstar has exhibited unbridled flamboyancy from the start, sporting a frilled, jeweled look that would have fit right in onstage during Prince’s Purple Rain Tour. He has the ego of a pop idol, too. The brash competitor is adamant that everyone should bear witness to “The Velveteen Dream Experience.”

Dream dares to dream big, going where no sensible Superstar would tread. Whether it’s trying to match Ricochet move-for-move, playing head games with Aleister Black or attempting to rip “Goldie” from Tommaso Ciampa’s death grip, no goal is too lofty for Dream.

Velveteen Dream’s sheer arrogance, antagonistic behavior and over-the-top antics have also made him a controversial figure, and a popular target, on the black-and-gold battlefield. No worries, because once the bell rings, Dream’s handiwork becomes practical and punishing, his preternatural ability crystal clear, and any Superstar who lets down his guard against him would be falling for a mirage.

His name might be Velveteen Dream, but to face him in action is the stuff of nightmares.