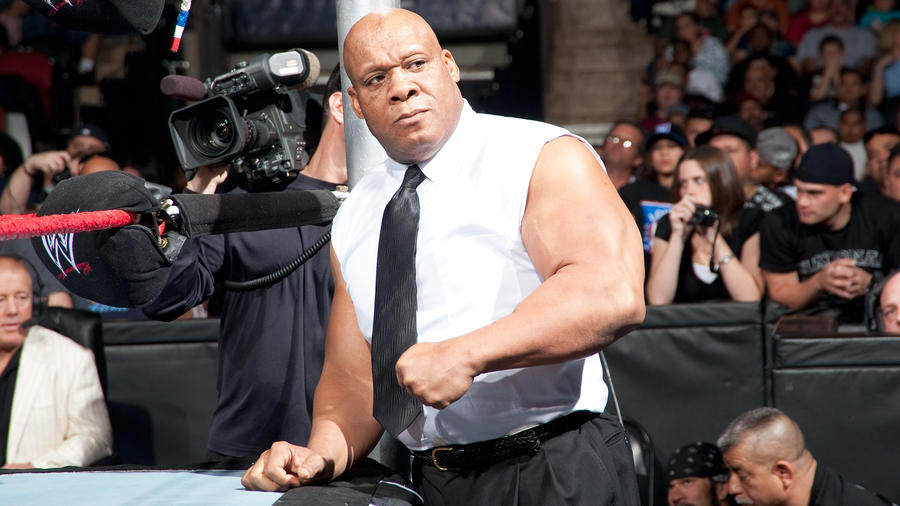 A former bodybuilder turned World Tag Team Champion turned WWE Hall of Famer, "Mr. USA" Tony Atlas is also one of the most influential and significant African-American Superstars in the history of sports-entertainment.

Prior to beginning his in-ring tenure, Atlas had a successful career as a bodybuilder, winning the title of Mr. USA. He also won numerous power lifting and bench press competitions, cementing his reputation as a bona fide strongman.

After training with Larry Sharpe -- who would also later train such legends as Bam Bam Bigelow and King Kong Bundy at his "Monster Factory" in New Jersey -- Atlas debuted in 1974 in the NWA. Known for his imposing physique and signature Gorilla Press Slam, "Mr. USA" was particularly successful in Georgia early in his career, winning the NWA Georgia Heavyweight, Television and Tag Team Championships. Atlas also won several other regional championships during his time in the NWA.

In the early 1980s Atlas came to WWE, where he became a regular partner of Rocky Johnson. On November 15, 1983, Atlas & Johnson made history when they defeated the Wild Samoans to become the first African-Americans to win the World Tag Team Championship. After losing the gold, Atlas became a frequent partner of Special Delivery Jones; he also participated in the WWE/NFL Battle Royal at WrestleMania 2, where he was eliminated by fellow Class of 2006 Hall of Fame inductee William "The Refrigerator" Perry.

In 1990, Atlas returned to WWE as Saba Simba for a brief period of time. He quickly moved on to WCW, where he teamed with Cactus Jack and The Barbarian in their rivalry with then-WCW Champion Ron Simmons. Following his departure from WCW, Atlas remained active in various independent promotions in the Northeast and Mid-Atlantic states, while also becoming a certified personal trainer in his home state of Maine.

Even though he scaled back his in-ring appearances, Atlas got involved in other aspects of sports-entertainment. In addition to personal training, "Mr. USA" has tried his hand at promoting, running shows in New England under the banner of Atlas Championship Wrestling. He ran a small wrestling school in Maine as well.

In 2006, Atlas was given the biggest honor in sports-entertainment: induction into the WWE Hall of Fame. Sent into the Hall by good friend SD Jones, Atlas gave one of the most memorable and moving acceptance speeches ever, touching on how he overcame extreme poverty during his youth in Virginia to become a sports-entertainment legend.

Legend is a perfect way to describe Tony Atlas. His contributions to sports-entertainment will never be forgotten, and his place in history is cemented by his Hall of Fame induction and his trailblazing reign as World Tag Team Champion.