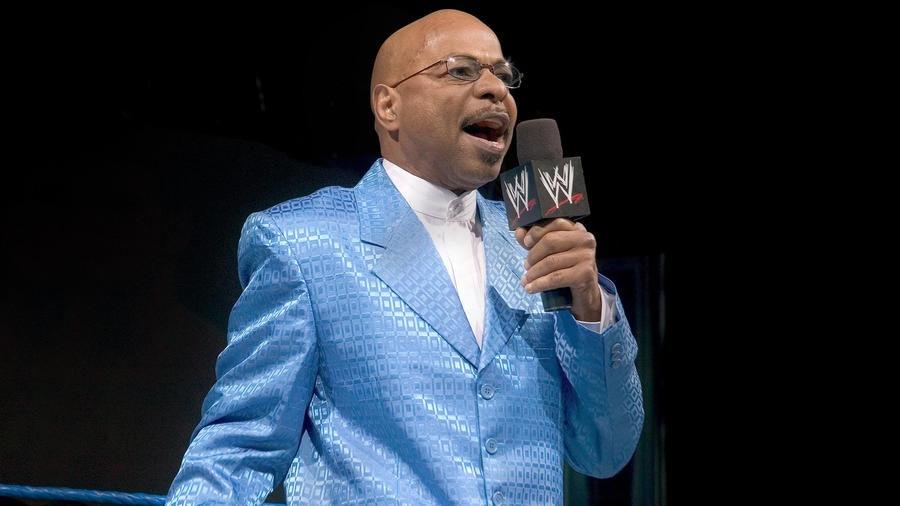 Theodore Rufus Long began his career in sports-entertainment at the bottom, running errands for competitors like Abdullah the Butcher and sweeping up the ring between matches. That he went on to become SmackDown’s General Manager is a testament to Long’s hard work, smarts and keen understanding of professional wrestling that is matched by few.

Working his way from the ground up, Teddy learned everything there is to know about the squared circle by experiencing it. First performing odd jobs for the Atlanta-based Jim Crockett Promotions, Long eventually became an official and presided over many of Ric Flair’s biggest matches. From there, he turned to managing where he guided heavy hitters like Ron Simmons, Butch Reed and Sid to major success.

In 1999, he joined WWE, once again working as an official before transitioning back to managing. Repping bad dudes like Mark Henry and Rodney Mack in a stable dubbed Thuggin’ and Buggin’ Enterprises, Long displayed his knack for harnessing the raw power of tough Superstars.

T-Lo proved he was more than just a gifted guide in 2004 when he became the first African-American General Manager of SmackDown. Bringing some much needed swagger to the position, the executive refused to be intimidated by tough Superstars, as he fined Kurt Angle and stripped Booker T of the United States Title. He even beat Eric Bischoff in a battle of General Managers at Survivor Series in 2005. But Teddy’s true talent has always been doing the right thing. Case in point, he placed Rey Mysterio in a Triple Threat bout for the World Heavyweight Championship at WrestleMania 22 after the masked man had been cheated out of his spot by Randy Orton. The Master of the 619 grabbed the coveted title thanks to this opportunity.

Following a 2008 stint as ECW General Manager that saw Long introduce Kofi Kingston, Jack Swagger and Evan Bourne to the WWE Universe, the Alabama native reclaimed his SmackDown GM position. Although he’d become the longest running GM in WWE history during that tenure, it hadn’t been an easy one. From being kidnapped by The Undertaker to getting attacked by Drew McIntyre, Long had his share of rough nights, but it never stopped him from working to entertain the WWE Universe.

Though Long’s time as SmackDown GM ended unceremoniously at WrestleMania XXVIII when rival John Laurinaitis won control of the blue brand, WWE fans will long remember his many contributions to SmackDown. In 2017, Long was given the ultimate honor for his contributions to sports-entertainment: induction into the WWE Hall of Fame.