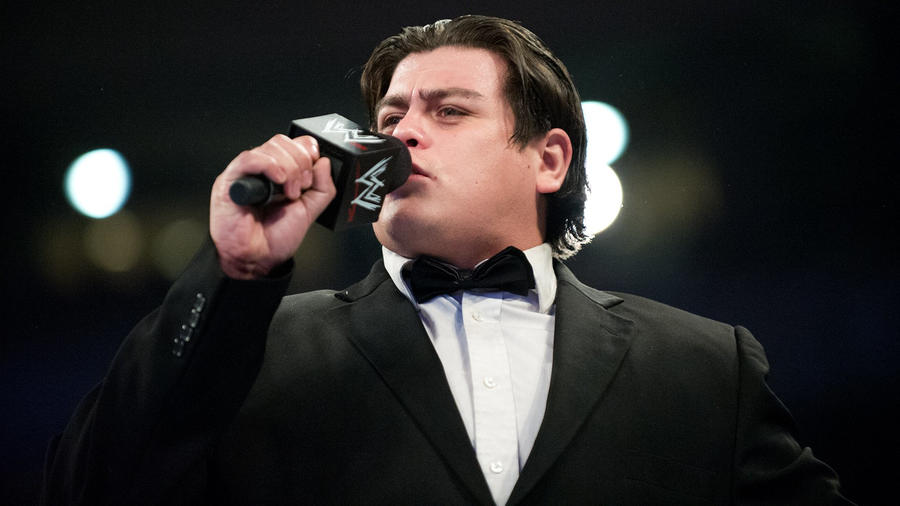 Despite the bowtie and perfectly parted hair, Rodriguez earns his salary by intervening on his boss’ behalf, even if it means taking a hit himself. On the Sept. 3 edition of Raw, Ricardo got a little too close to the action and was planted with a Brogue Kick from Sheamus. He enlisted the assistance of Harvard-educated attorney and WWE Superstar David Otunga. The litigious Otunga seemed to have a secret plan up his bicep-busting sleeves to help the injured personal ring announcer, and when the Brogue Kick was temporarily banned, it looked like Ricardo was on his way to striking back at The Celtic Warrior. But when SmackDown General Manager Booker T reinstated Sheamus’ big boot, bad times once again plagued Rodriguez.

On the Sept. 25 episode of Raw, Ricardo joined Del Rio & Otunga in a Six-Man Tag Team Match against Sheamus, Rey Mysterio & Sin Cara. Ricardo’s initial excitement to get in the ring was quickly diminished after Rey hit the 619 and Sin Cara pinned the personal ring announcer for the victory.

Ricardo saw an upturn in his own fortune as 2013 dawned. Del Rio overcame Big Show on the Jan. 8 SmackDown to claim the World Heavyweight Championship. But heading into Del Rio’s WrestleMania match against Jack Swagger, Ricardo was caught in the crossfire as the “Real American” broke the earnest ring announcer’s ankle on the March 18 episode of Raw. Del Rio defeated Swagger on The Grandest Stage of Them All, but Dolph Ziggler cashed in Money in the Bank the following night on Raw to claim the World Title.

Ricardo helped Del Rio take some strides toward redemption, however, as on the April 29 Raw, the ring announcer scored a huge victory in a Triple Threat Match against Big E Langston and Zeb Colter to allow Del Rio the opportunity to choose the stipulation for his Extreme Rules rematch for the title. Because of an injury to Ziggler, however, Del Rio squared off against Jack Swagger at Extreme Rules in an “I Quit” Match where the Mexican hero's victory made him the No. 1 contender to The Showoff’s title. With Dolph on the shelf due to a concussion, however, Del Rio would have to wait until WWE Payback to get a piece of the new champion.

It was at that pay-per-view that Del Rio shocked the WWE Universe by viciously targeting Ziggler's head in a match that was uncomfortable to witness. Del Rio may have reclaimed the World Heavyweight Title that night, but at what cost?

The new champion's mean streak only continued to grow, as on the Aug. 5 Raw, Del Rio snapped on Ricardo after losing to RVD, shockingly decimating his former friend in a brutal and hard-to-stomach post-match assault.

Just one night after Del Rio's SummerSlam title retention, however, Ricardo got the best of his former boss by introducing his new boss ... RVD! The one-time ally of Del Rio can now be seen (and heard) ushering The ECW Original into arenas the world over.

And he was right there with RVD at Night of Champions, when the high-flyer launched a post-match Van Terminator on the champion after Del Rio's refusal to release the Cross Armbreaker resulted in a Disqualification. Days later on SmackDown, WWE COO Triple H made a title rematch official, and RVD squared off against Del Rio with the gold on the line at WWE Battleground under Hardcore Rules.

Though RVD came up short at WWE Battleground, Ricardo got a modicum of retribution the following night on Raw, when he defeated his former boss in singles competition! Unfortunately, Ricardo didn't have much time to enjoy the victory, as he parted ways with WWE in July 2014.