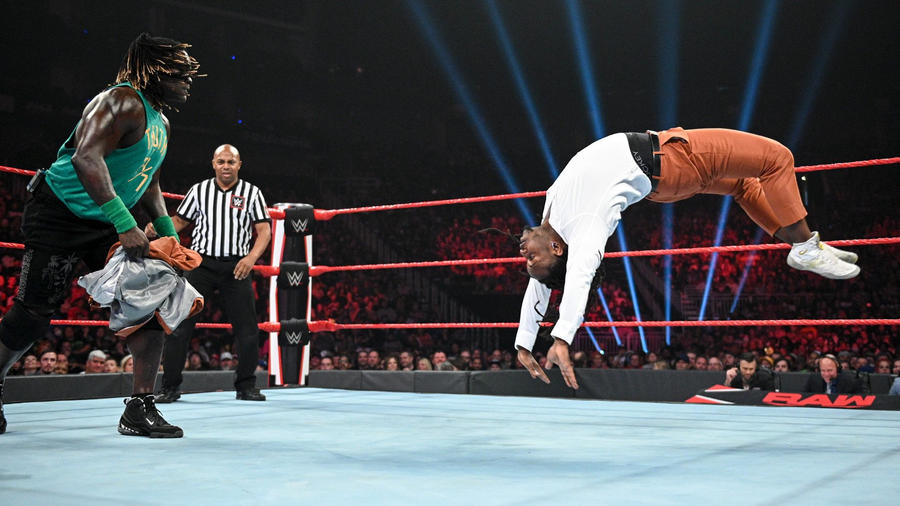 The unscrupulous Reggie first emerged on the SmackDown scene as an expert sommelier for Carmella. It was not long before he was thrown into the action, whether it be underhanded assistance to make sure Mella stayed Money or displaying incredible athletic prowess while competing in several singles and tag team matchups in the Women’s division.

After his relationship with The Untouchable One came to a screeching halt thanks to his undeniable infatuation with Sasha Banks, the suave master of wine found a new place alongside Nia Jax and her tag team partner Shayna Baszler.

When his presence continued to to be a factor in the teams misfortune, though, Jax eventually ended her association with a wicked headbutt.

Reggie later found success on the Raw brand, winning not only the 24/7 Championship on multiple occasions, but also winning the heart of Dana Brooke. He and Brooke would get married in a double wedding ceremony alongside Tamina and Akira Tozawa, however the union would not last long, with Brooke requesting a divorce a month later.