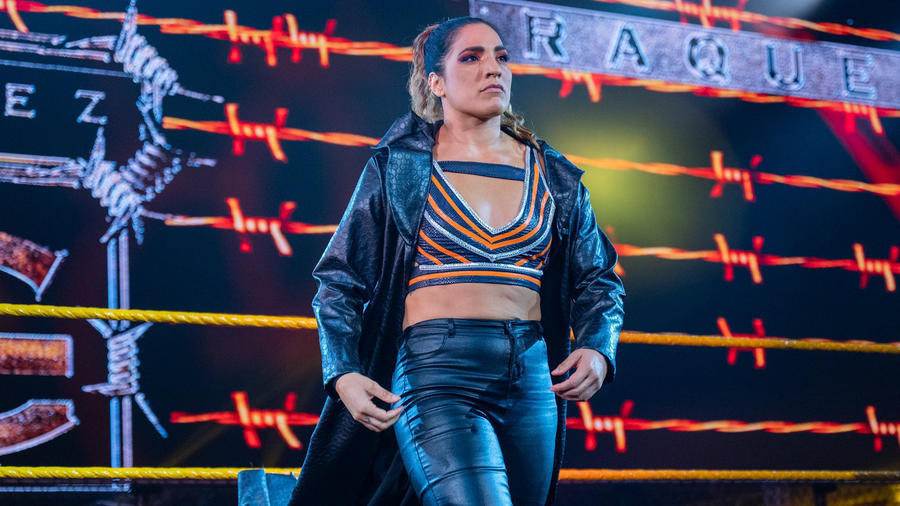 Raquel Gonzalez has the size and strength to push any Superstar in NXT past her breaking point.

Standing 6-feet tall with back muscles so wide you could screen a movie on them, the towering Texan does what she wants, when she wants, and there’s little anyone can do to stop her. As the daughter of longtime wrestler Ricky “Desperado” Gonzalez, Gonzalez was all but certain to be a future Superstar. That moment finally arrived in 2017, when she appeared on the WWE Universe’s radar for the first time as a competitor in the inaugural Mae Young Classic Tournament.

That Gonzalez — a demure youngster, still a newcomer to the WWE Performance Center — bears little resemblance to the confident powerhouse the NXT Universe knows her as today. An alliance with Dakota Kai injected a new sense of ruthlessness into Gonzalez and yielded considerable success. The duo won the inaugural Women’s Dusty Rhodes Tag Team Classic in 2021 and soon after were crowned the first NXT Women’s Tag Team Champions, but that was only the start for Gonzalez. Under Kai’s tutelage, “Big Mami Cool” went on to defeat Io Shirai for the NXT Women’s Title in a milestone victory.

Kai’s jealousy eventually spelled the end of their run together, but Gonzalez appears destined to remain a player with or without Kai’s support. With Gonzalez always eager to impose her will, expect a mess of competition to be left in this fast-rising Superstar’s rearview.