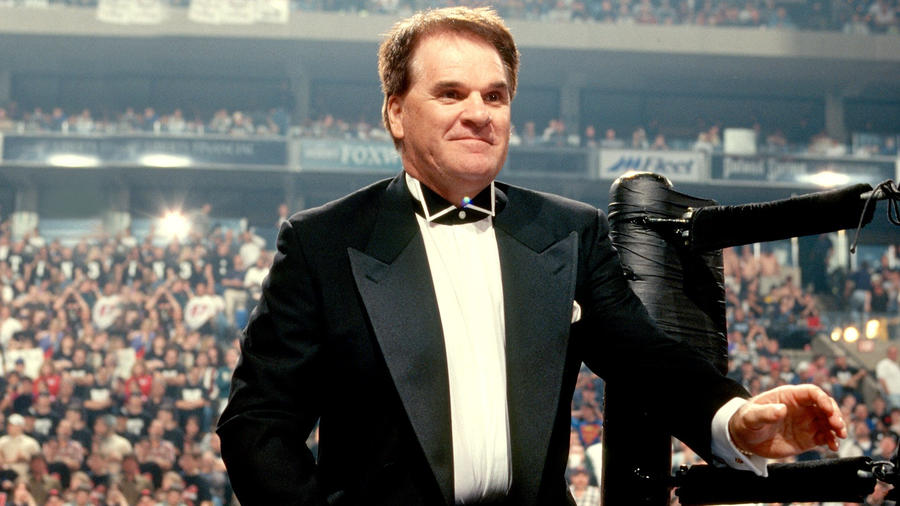 The all-time hit king of Major League Baseball, Pete Rose has established a legacy unforgettable to fans of America's pastime. For fans of WWE, he created another extraordinary legacy with some of the most memorable celebrity appearances of all time.

Rose's appearances at WrestleMania XIV, WrestleMania XV, and WrestleMania 2000 are classic moments that stand among the celebrity highlights of WWE's annual spectacular. Who can forget his repeated run-ins with Kane, which once featured Rose disguised as the Famous Chicken, as well as a skirmish where he found himself in a very unfortunate position courtesy of Rikishi?

The ongoing relationship between Rose and WWE is the product of mutual respect — Rose's respect for the unique entertainment form that is WWE, and WWE's respect for Rose's incredible athletic accomplishments. In a career that spanned from 1963 to 1986, he compiled 4,256 hits, which broke the all-time record previously held by Ty Cobb. He was named National League Rookie of the Year in 1963 with the Cincinnati Reds and went on to become an integral part of the famous "Big Red Machine" of the 1970s, playing in four World Series and winning two.

In 1975, he was named World Series MVP in the Reds' stirring seven-game victory over the Boston Red Sox. He enjoyed continued success with the Philadelphia Phillies, where he led the team to its first World Championship in 1980 and another National League pennant in 1983. He returned to the Reds in 1984 and served as manager from 1985 to 1988, leading his team to four consecutive second-place finishes.

For his contributions to sports-entertainment, Pete Rose was inducted into the celebrity wing of the WWE Hall of Fame.