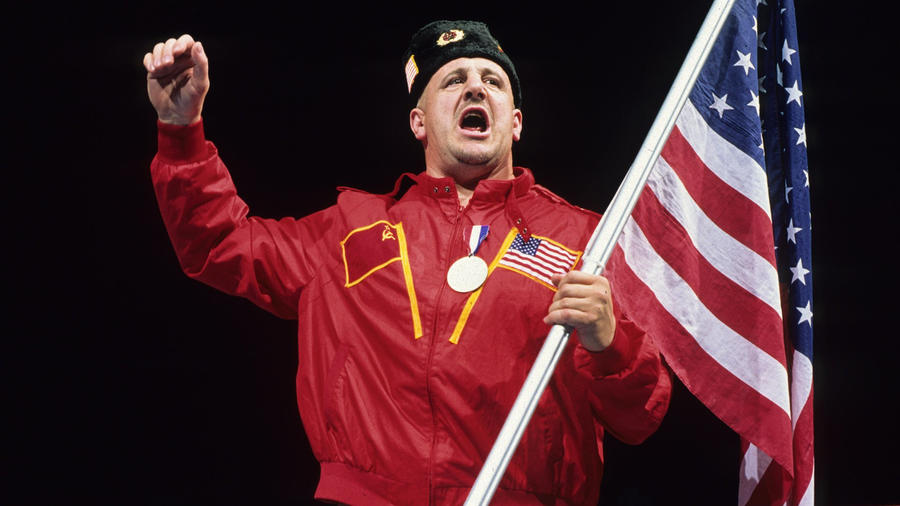 Nikolai Volkoff has certainly stood the test of time. Although Volkoff is probably best known as the evil Russian who teamed up with The Iron Sheik to become a World Tag Team Champion, he actually had his first match in 1968 against Bruno Sammartino.

Volkoff went on to become a major player in the early 1970s when WWE was still under the ownership of Vincent J. McMahon. He began his tenure as a part of the team called the Mongols. The Mongols were guided by the legendary Captain Lou Albano, and they soon captured the WWE Tag Team Championship. Volkoff then branched out into a singles career and went on to have a couple of memorable draws with Sammartino. Volkoff later went on to wrestle under a mask as a member of the Executioners, joining Hall of Famers Big John Studd and Killer Kowalski.

He came back to WWE after a brief hiatus, and this time Vincent K. McMahon was in charge of the company. Shortly after his return, he was paired with The Iron Sheik to form one of the most-hated tag team duos in WWE history. It was during this time that Volkoff introduced what became one of his trademarks. He insisted that the audience rise to their feet out of respect as he would go on to deliver an ear-piercing rendition of the Soviet National Anthem. The duo went on to infuriate WWE fans when they defeated the U.S. Express, Barry Windham and Mike Rotundo, for the World Tag Team Championship at the first WrestleMania.

After a successful run as tag team champs, Volkoff once again went back to singles competition and engaged in a memorable rivalry with the American patriot, Corporal Kirschner. The two Superstars had a series of great matches, including some of the first-ever Flag Matches, before they met at WrestleMania 2 to resolve their differences once and for all.

Volkoff and The Iron Sheik reunited for another brief run as a tag team, but Volkoff soon joined forces with fellow Russian Boris Zhukov to form the Bolsheviks. The Bolsheviks were under the guidance of the Doctor of Style, Slick. Although the Bolsheviks never achieved tag team gold, Volkoff continued to get under fans' skins by singing his Soviet National Anthem.

In 1990, Volkoff shocked fans everywhere and began supporting the United States. He formed a tag team with 'Hacksaw' Jim Duggan to take on Sgt. Slaughter, who was an Iraqi sympathizer at the time. Volkoff left WWE in the early 1990s, but came back one last time in 1995 as a part of 'Million Dollar Man' Ted DiBiase's Million Dollar Corporation.

Volkoff will go down in history as one of the greatest villains of all time. His singing of the Soviet National Anthem has paved the way for other foreign Superstars such as La Resistance who sang their national anthem as well. Although Volkoff's actions can be imitated, they will never be duplicated.