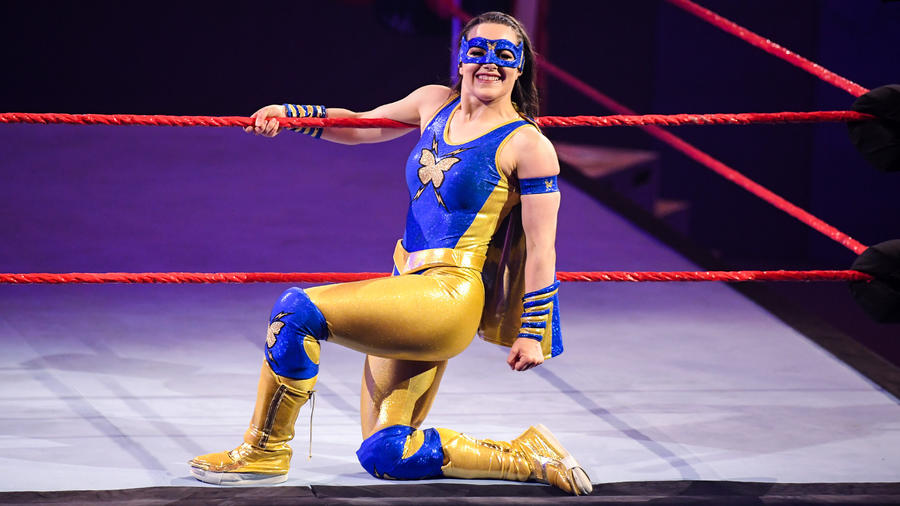 Nikki A.S.H. is almost a superhero, but is no doubt a force to be reckoned with in the Raw Women's division.

There's more to Cross than just a frenzied approach. After finding herself in a blossoming friendship with Alexa Bliss, Nikki’s more tame side led her all the way to the WWE Women's Tag Team Championship on two occasions, including a huge victory at WrestleMania 36.

While Cross initially appeared distraught by the loss of her friendship with Bliss, she has seemingly embraced a positive new outlook, donning colorful superhero-like attire for a series of recent wins.

Forging a new path as Almost a Super Hero Nikki A.S.H., she strives to be a positive force for good and always find a way to leap to new heights. And those heights took her into the 2021 Money in the Bank Ladder Match where she ultimately rose above seven top-notch competitors to seize the coveted contract.

The determined Superstar didn't wait long to make the most of her opportunity, as she cashed in the following night on Charlotte Flair to usher in her first reign as Raw Women's Champion. Nikki followed up by forming an unlikely WWE Women's Tag Team Champions duo with Rhea Ripley, and the pair was selected by Raw in the 2021 WWE Draft.

Nikki would turn her back on Ripley in early 2022 however and forge a new villainous path, eliminating fellow Superhero Superstar Molly Holly from the Royal Rumble and aligning with Doudrop in a treacherous alliance.