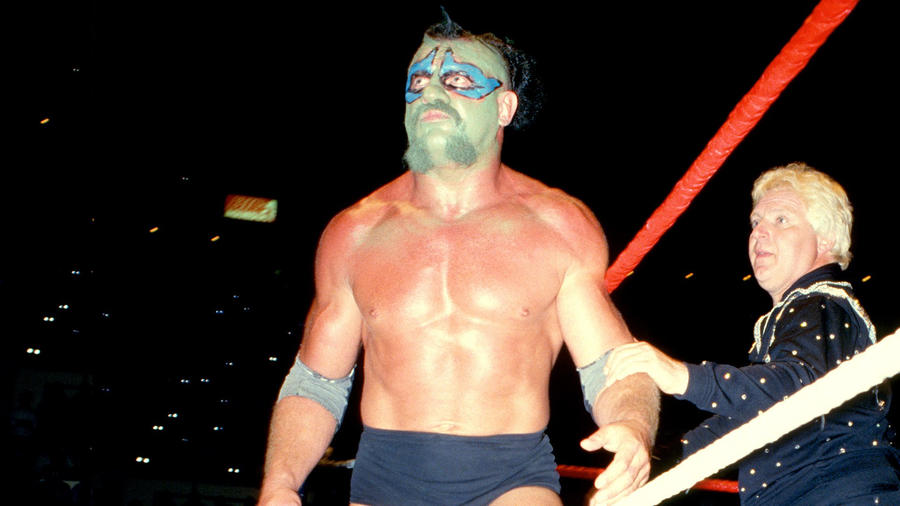 More beast than man, the intimidating Missing Link was first spotted by WWE in an article about sports-entertainment in a 1985 issue of Sports Illustrated. It wasn't long before the prehistoric punisher debuted in WWE rings and shocked capacity crowds with his trademark brand of brutal violence. Using his body as a weapon, Missing Link would punch, kick and headbutt his opponents into submission. His offense was so wild, the crazed Superstar would actually bang his own head against the turnbuckle during his frenzied bouts.

Although he was managed by both Bobby "The Brain" Heenan and Jimmy Hart, Missing Link was basically uncontrollable and did not last long in WWE. The feral brawler would return to the ring, however, competing in World Class Championship Wrestling and on the independent circuit throughout the '90s.