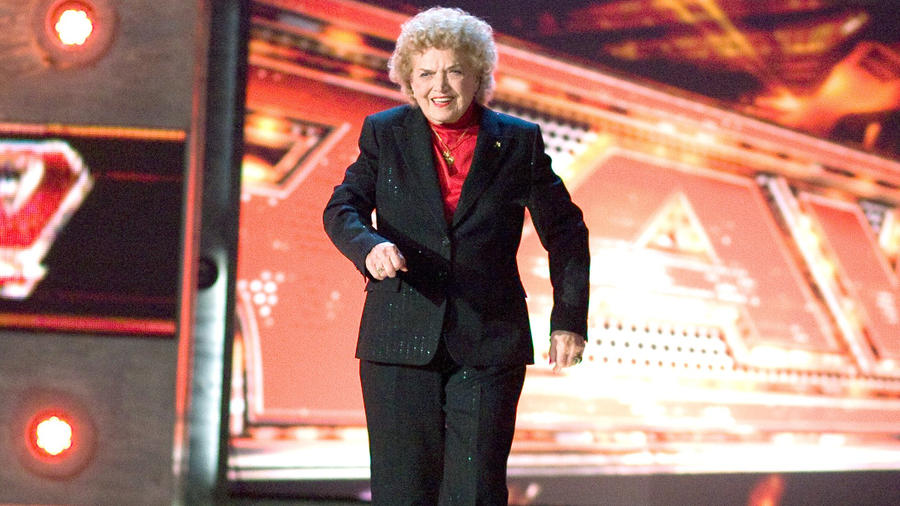 In current times, staying in one vocation for 20 to 25 years seems like an eternity for most. Even in the rough world of sports-entertainment where every match could be a Superstar's last, a quarter-century is considered an incredibly lengthy career. Take that and triple it, however, and you have the span of one of the greatest female competitors to ever lace up a pair of boots — Mae Young.

Johnnie Mae Young began her professional career in 1939. Already an incredible athlete — she was on her Tulsa, Okla.-based high school wrestling team and was a national champion softball player — Young embarked on her chosen livelihood at the tender age of 15.

Throughout the 1940s, she blazed a path for future female grapplers everywhere; with World War II in its midst, many territories that didn't feature women's wrestling began to open up those doors, which were kicked down by Young and her contemporaries.

She remained one of the most active and successful female Superstars throughout the next few decades. Young was the first U.S. Women's Champion, and her lengthy rivalry with the legendary Mildred Burke was one of the most storied of the time. In fact, in 1954, she and Burke were among the first female competitors to tour post-war Japan.

Young's legacy was further cemented the day she decided to help train future Superstars. One of her pupils would go on to become arguably the biggest icon in women's wrestling — her long-time friend, the late Fabulous Moolah. Young and Burke both helped train Moolah, who would become the longest-reigning champion in sports-entertainment history and the first female WWE Hall of Famer. Another of Young's most famous students was Ric Drasin, a former rock and roll guitarist and sports-entertainer who was also a one-time training partner of Arnold Schwarzenegger.

While she continued to compete, Young's career was relatively unheralded until the turn of the 21st century. In 1999, she and Fabulous Moolah made an appearance on SmackDown; although it wasn't the most successful — Moolah was laid out by a guitar while Young felt the Figure-Four Leglock — it began a "second career" for the two legends.

Over the next few years, Young made semi-regular appearances on WWE programming and was never afraid to take chances that many might be afraid to. After all, how many women — or men, for that matter — in their mid-seventies would survive being powerbombed through a table? In addition, she entered and won the "Miss Royal Rumble" competition in 2000 and stood faithfully at her best friend's side when Moolah won her final Women's Championship. Young also had a humorous tryst with Mark Henry during that time that fostered some of the most bizarre moments in sports-entertainment history.

In later years, Young's career got the recognition it deserved. In 2005, she and several of her contemporaries were profiled in "Lipstick and Dynamite," a documentary film about the early pioneers of women's wrestling. In 2008, Young joined co-star, trainee and late friend Moolah and "Sensational" Sherri Martel in the highest class of Superstars, as she became only the third female (at the time) to be inducted into the WWE Hall of Fame. Young was inducted by good friend Pat Patterson, who told some stories that are better left unpublished but just go to show what kind of character Mae Young really was.

When Mae Young passed away on Jan. 14, 2014, the entire WWE Universe stood in unison to offer an ovation to a true queen of the canvas.