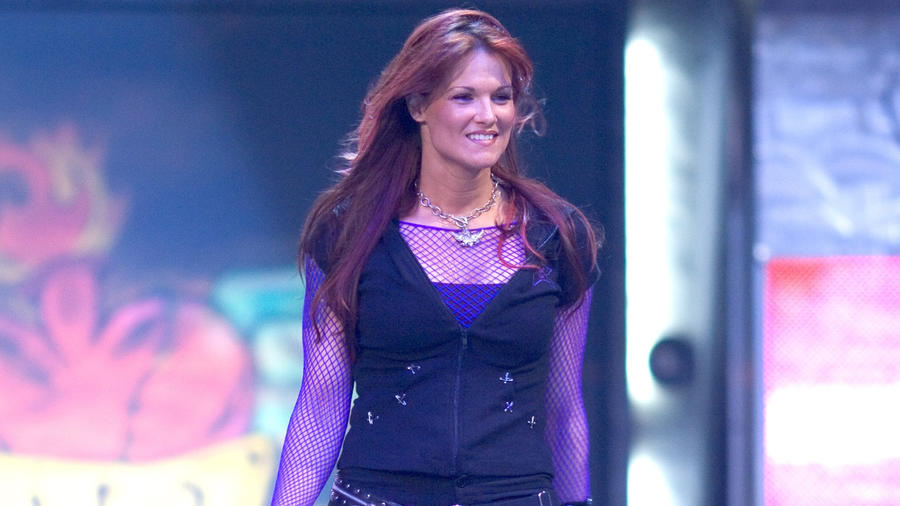 Exhilarating one moment, sinister the next, Lita was a Diva who always kept the WWE Universe on their toes. Whether she was flying high with The Hardy Boyz or shocking censors alongside Edge, the four-time Women's Champion knew how to elicit a reaction around the world.

Lita made her WWE debut in 2000 alongside Essa Rios and quickly led him to the Light Heavyweight Championship that February, though the pair would split a few months later. Lita then hooked up with The Hardy Boyz to form Team Xtreme, beginning a partnership that would last nearly five years.

Soon after, the agile Diva won her first of four Women's Championships from Stephanie McMahon in August 2000. After losing the title, Lita competed from time to time, but mostly let The Hardys handle in-ring duties, and her romantic relationship with Matt Hardy became public knowledge.

Lita’s long and heated rivalry with Trish Stratus began soon after Trish’s debut, and the two first locked horns while Trish managed Test & Albert against Lita's Hardy Boyz. The two Divas put aside their differences in July 2001 to represent WWE at InVasion, but were mostly at odds throughout their WWE careers.

Kane’s obsession with Lita occupied much of 2004, and Matt Hardy proposed after Lita announced her pregnancy. The pair reconciled as The Big Red Monster continued to stalk Lita, but the knowledge that she was carrying Kane's baby strained her relationship with Hardy once again.

The duo of Kane and Lita became popular among the WWE Universe, but she betrayed him in 2005 in a tryst with Edge. The Rated-R couple enjoyed VIP treatment wherever they went before their party ended due to Matt Hardy’s WWE return. After it had been revealed that Lita’s long-term relationship with Matt ended due to her affair with Edge, the two Superstars battled throughout the summer of 2005 with Lita often interfering on behalf of The Ultimate Opportunist.

While in her fourth reign as Women’s Champion, Lita decided to end her career in the fall of 2006 and was determined to retire with the title — much like her rival Trish Stratus. It was not to be, though, as Mickie James defeated her at Survivor Series, and Cryme Tyme added insult to injury by giving away her personal items to the crowd.

It was a bitter end for the Diva, but she will not be forgotten. Despite her controversial nature during her last active years, WWE fans always embrace Lita when she makes a rare appearance – especially the night before WrestleMania 30, when she took her rightful place in the WWE Hall of Fame.