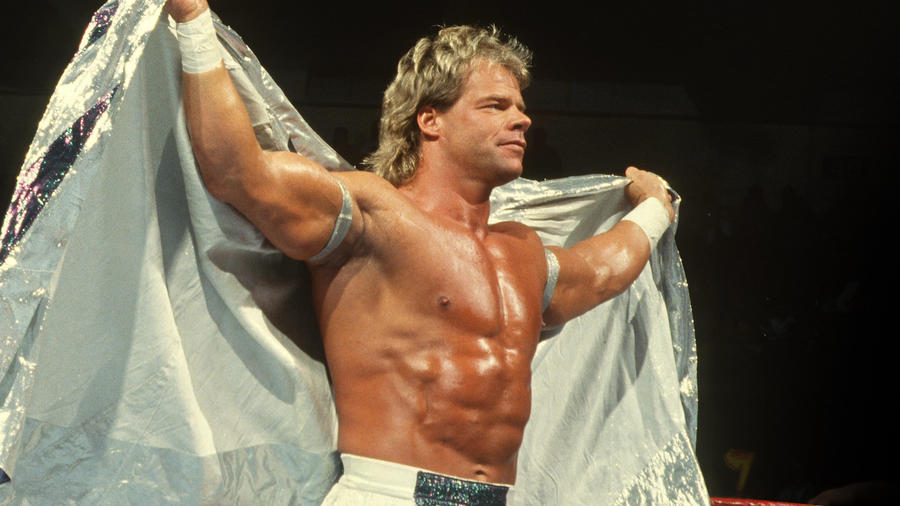 Possessing one of the most impressive physiques in the history of sports-entertainment and a repertoire of powerful maneuvers, Lex Luger deserved to be called “The Total Package.”

Making his NWA/WCW debut in January 1987, Luger began his career as an associate of the legendary Four Horsemen. With the dangerous faction in his corner, The Total Package defeated Nikita Koloff to win his first United States Championship in July of 1987. Eventually, Luger left The Four Horsemen to build on his own legacy, challenging his former leader, Ric Flair, for the NWA Heavyweight Championship throughout 1988.

Winning the United States Championship two more times in 1989, Luger’s third reign as champion cemented his name in the history books as he held the U.S. Title for a record-setting 523 days. Though he lost the title in 1990, he reclaimed it less than two months later and defended it for an additional 210 days before vacating it when he won the WCW World Championship.

On January 24, 1993, Luger made his WWE debut at Royal Rumble under the moniker “The Narcissist.” Putting his impressive strength and physique on display for the WWE Universe, The Total Package decimated his opponents using a metal plate in his forearm, placed as a result of a motorcycle accident.

By July 1993, Luger became less focused on his looks and more on his pride in America. On July 4, “The All-American” Lex Luger answered a challenge from Yokozuna and slammed the then-WWE Champion on the deck of the USS Intrepid. Defending the honor of America all over the country in his Lex Express bus, Luger shared the winner’s circle of the 1994 Royal Rumble Match with Bret “Hit Man” Hart before joining forces with The British Bulldog to form The Allied Powers.

A week after his final WWE match in September 1995, The Total Package unexpectedly appeared on the first episode of WCW Monday Nitro during a battle between Sting and Ric Flair. It didn’t take long for Luger to once again become a stalwart of the Atlanta-based organization, especially when WCW was battling The New World Order. Luger’s second WCW Championship victory came against Hollywood Hogan, making The Total Package the first WCW competitor to defeat The nWo’s leader for the title.

Luger eventually joined The nWo Wolfpac in 1998 and remained with The New World Order when the factions reunited in 1999. While Luger was sidelined due to injury, The nWo dissolved, prompting the competitor to return simply known as The Total Package – with an attitude that drew comparisons to “The Narcissist.” Luger battled with his best friend and rival Sting before joining forces with Buff Bagwell as Totally Buff, remaining with WCW until it was purchased by WWE in 2001.