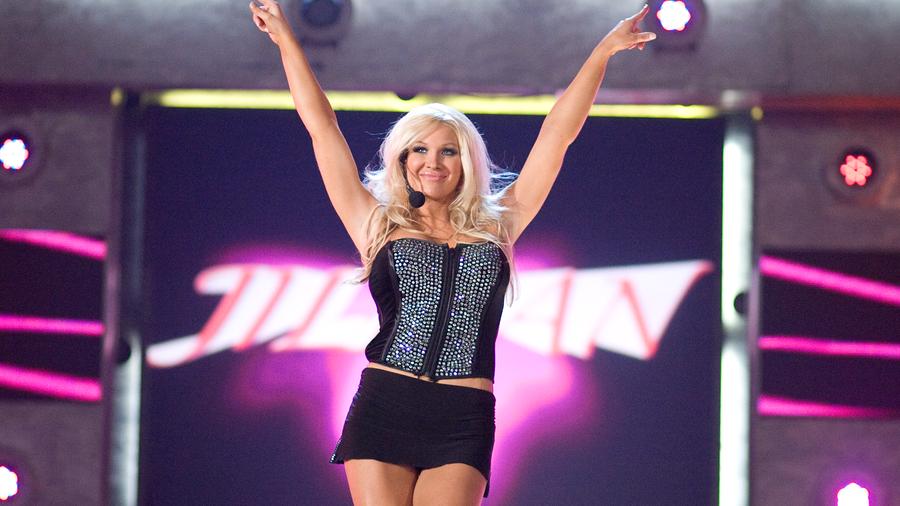 Forget about Adele and Beyonce'. Nobody could belt a tune quite like Jillian...or at least she thought so.

After spending some time as JBL's personal "image consultant," Jillian followed her true dream when she made her singing debut at No Way Out in 2007. Although the screeching Diva was greeted by a chorus of boos from the WWE Universe, she did not let this lousy reception deter her dreams. Instead, she kept at it until her first album, "A Jingle with Jillian," was released exclusively on iTunes right in time for the 2007 holiday season. Featuring such classics as "I'll Be Home for Christmas" and "Rockin' Around the Christmas Tree," the album was a surprising success for the Diva... and everyone else at WWE.

The release of her album would be the highlight of Jillian's career up until October 2010 when she defeated Mickie James for the Divas Champion. The tone-deaf Superstar would drop the title to Melina immediately afterwards, but her brief moment as champion was certainly the peak of Jillian's time in the Divas division.