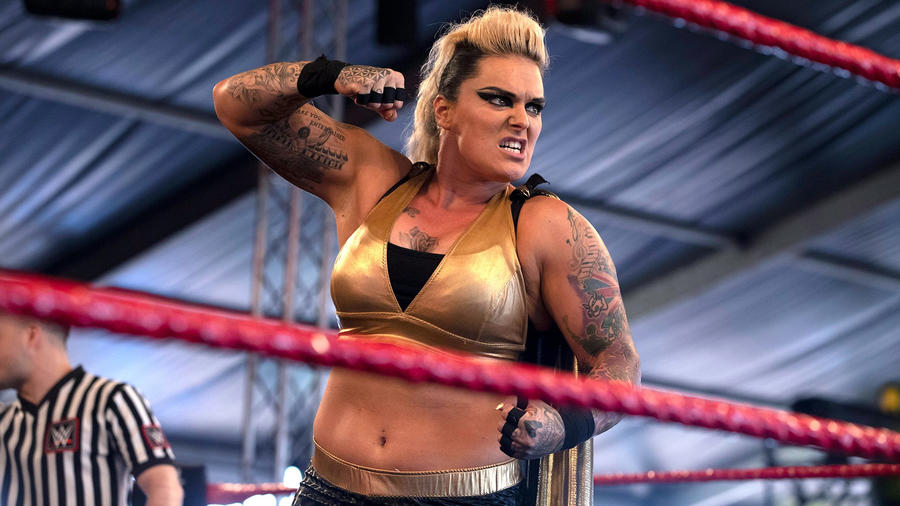 Jazzy Gabert’s muscle-packed, 6-foot-1 frame can barely contain the brute force and bad intentions that lie within. The bruising Berliner has broken opponents and captured titles around the globe for a decade-and-a-half. She achieved her greatest success in Europe and Japan, holding championships in Swiss Wrestling Entertainment and Stardom, to name a couple of her stomping grounds. Her competitive fire burns bright outside the ring, too, where she has fought MMA matches and participated in strongwoman events.

Mean, powerful and rarely at a physical disadvantage, Gabert is unrepentant and undiscerning when it comes to dishing out pain. After competing in the Mae Young Classic, Gabert emerged on NXT UK under the employ of Jinny and has wasted no time establishing herself as a dominant force to be reckoned with.