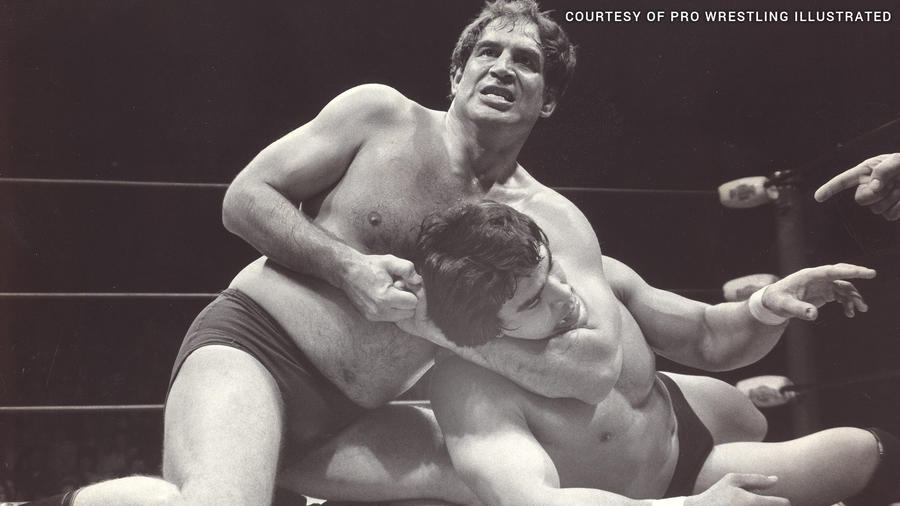 There have been several brother tandems that have terrorized the sports-entertainment scene over the years. From Johnny & Jimmy Valiant to Terry & Dory Funk and beyond, many duos have shown that blood truly is thicker than water. In the southeastern United States, however, there is one sibling connection that stands above the rest — Jack & Gerald Brisco.

Jack, the elder of The Brisco brothers, was the first to make his way into sports-entertainment. He was a standout amateur wrestler in his home state of Oklahoma, continuing on to an All-American career at Oklahoma State University in the 1960s. Shortly after becoming the first Native American to win the NCAA Wrestling Championship in 1965, Jack Brisco made his way into the professional ranks.

He found success almost immediately, winning the NWA Missouri Junior Heavyweight Championship twice that year. That was only the beginning for Brisco, however; he soon went on to compete in Championship Wrestling from Florida, where he would reach his greatest heights.

Brisco quickly won several NWA Florida regional championships, and after a brief stint in Japan, he returned in the early 1970s with younger brother Gerald -- whom he had himself trained -- in tow. Together, The Brisco Brothers won numerous regional tag team titles in the southeast and Puerto Rico, including more than a dozen reigns as NWA Florida or United States Tag Team Champions.

On July 20, 1973, Brisco scored the biggest win of his career by defeating Harley Race to win the NWA World Heavyweight Championship. He held the gold for more than a year before falling to Giant Baba in Japan in December 1974; however, he regained the gold a week later and held it for another year, finally losing it to Terry Funk in December 1975. This match was one of many in a lengthy rivalry between both Brisco brothers and Terry & Dory Funk, a brutal and bitter war that raged on for nearly a decade in several territories.

Following his reigns as NWA World Champion, Jack once again began teaming with brother Gerald. The two were once again dominant in Florida and Georgia, racking up multiple tag team championships. Finally, in June 1983, The Briscos won the NWA World Tag Team Championship from Ricky Steamboat & Jay Youngblood. They would hold those titles on three occasions over the next year before Jack's retirement.

Outside the ring, Jack Brisco had just as big of an impact as he did inside it, helping pave the way for the national expansion of WWE. In the late 1970s, Jack & Gerald discovered a young talent in Florida that they referred to Matsuda as a potential trainee. In 1984, that man won the WWE Championship and became synonymous with WWE as it began its expansion into a global phenomenon. That man, of course, is none other than Hulk Hogan.

Also in 1984, he and Gerald -- who had held a controlling interest in the Georgia Championship Wrestling territory in the early 1980s -- sold their majority stake in the company and its Saturday timeslot on WTBS to WWE Chairman Vincent K. McMahon, giving WWE its first national platform and effectively putting GCW out of business. While McMahon sold everything to Jim Crockett less than a year later, it was the first step in turning WWE into the global phenomenon it is today.

On his own, Jack Brisco is one of the most decorated Superstars in sports-entertainment history, and a bona fide legend in Florida and the southeastern Untied States. Paired together, however, The Brisco Brothers are icons of sports-entertainment in another stratosphere altogether.