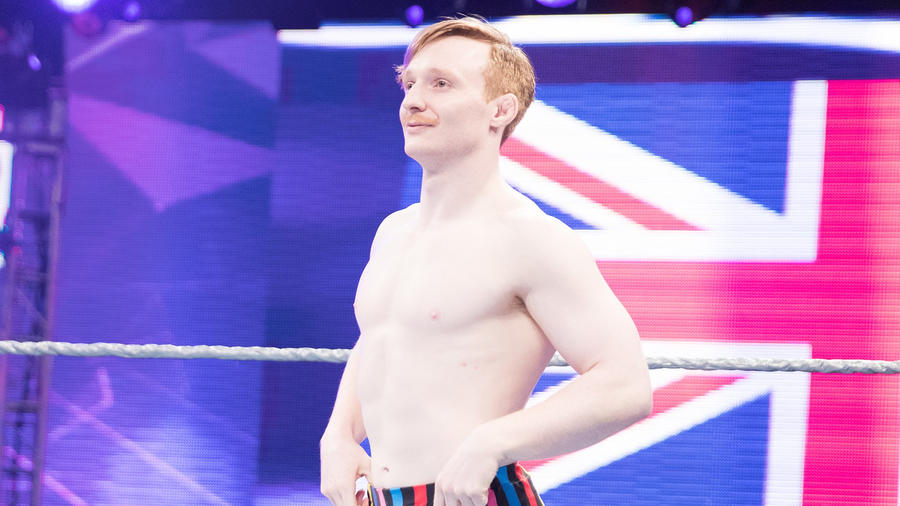 A refined Superstar hailing from the United Kingdom, Gentleman Jack Gallagher is out to grapple his way to victory in the Cruiserweight division.

Although his spotless suits and well-manicured moustache might cause his opponents to take him lightly, that changes once the bell rings. Gallagher is a master grappler, having trained at the infamous Snake Pit in Wigan and learned from catch wrestling icon Billy Robinson. The Manchester native can wriggle his way free from any hold and lock on a painful submission of his own in an instant. When he’s not competing in the squared circle, Gallagher takes part in amateur mixed martial arts fights. The British Superstar's unique in-ring ability has allowed him to compete at the highest level, even challenging Neville for the WWE Cruiserweight Championship.

The subject of merciless ridicule from The Brian Kendrick — who routinely labeled Gallagher a clown — Gentleman Jack made jaws drop when he suddenly joined forces with his tormentor, signaling the start of a dangerous new alliance. Soon after, Gallagher aligned with Drew Gulak, and the two of them painfully excavated Kendrick from their ranks after Kendrick showed slight compassion for a local competitor during a post-match beatdown from Gulak. Gallagher finally decided he'd had enough of the overbearing Gulak, and he severed their partnership with one of his trademark savage headbutts, once again becoming one of 205 Live's most beloved competitors.

With an in-ring style that perfectly blends old school and new school, Gentleman Jack Gallagher is one of the most dangerous — and distinguished — competitors in WWE's Cruiserweight division.