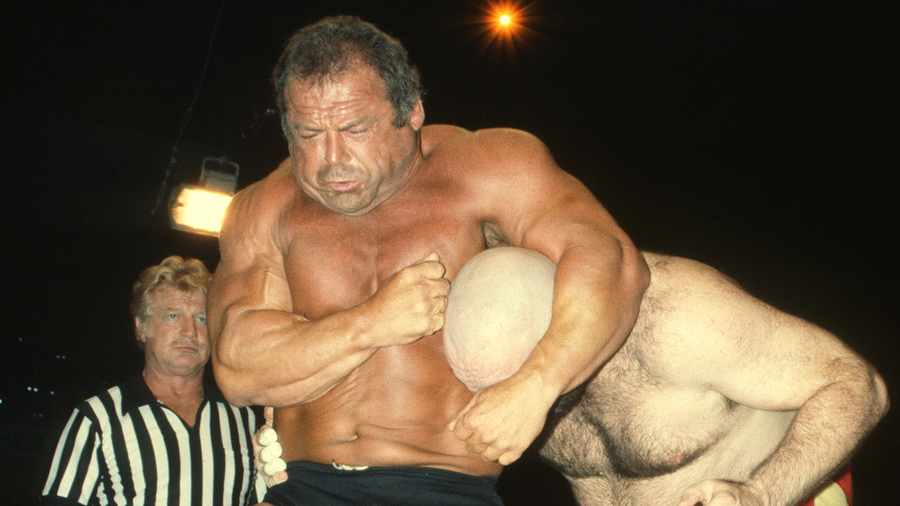 There have been many powerhouses who competed in the ring, but few were any stronger than the man known as "The Polish Power," Ivan Putski. Although he rarely was the biggest Superstar in a battle, the Krakow, Poland native's tremendous strength, power and quickness allowed him to go toe-to-toe with the sport's best and usually come out on top.

Putski's family emigrated from Poland to Texas when Ivan was just a boy, and Ivan began his sports-entertainment career there. Prior to coming to WWE, Putski won multiple regional NWA Tag Team Championships in the Southwest United States, most notable the NWA American Tag Team Titles with fellow Texas Legend Jose Lothario (who would go on to train future legend Shawn Michaels).

Putski came to WWE in the 1970s, establishing lengthy rivalries with some of the dirtiest grapplers in the game, including Bruiser Brody, Stan Hansen and Ivan Koloff. More often than not, his opponents would challenge him to some type of strength competition, and usually, they would come out on the short end of the stick. Putski was so strong that he competed in the 1978 World's Strongest Man competition.

Putski fed off his fans, and whenever he was in trouble, their strength and spirit got him through hard times. Summoning "Polish Power" and finishing his opponents off with the "Polish Hammer," a devastating double axe-handle to the chest, Putski had the uncanny ability to snatch victory from the jaws of defeat. While his opponents often made fun of his Polish accent before a match started, they never made fun of him once the match concluded. Simply being in a headlock and having their craniums squeezed between his massive arms was enough to make even the worst loud-mouths shut their traps.

While primarily a singles star, Putski won his only WWE championship teaming with fellow Hall of Famer Tito Santana. In 1979, Putski & Santana defeated the loudmouth Valiant Brothers (Jerry & Johnny) to capture the World Tag Team Championship, a title they would hold for six months before losing to another pair of Hall of Famers, the unpredictable Wild Samoans.

Putski's in-ring career began to wind down in the 1980s, but he remained one of WWE's most popular Superstars in the early part of the decade. In 1995, Putski was inducted into the WWE Hall of Fame by son Scott, who followed in his father's sports-entertainment footsteps and achieved some success in WWE and WCW.

Ivan Putski was one of those rare individuals that could draw a crowd by simply smiling and being himself, and as a result, he will go down in history as one of the most beloved and greatest Superstars of all time.