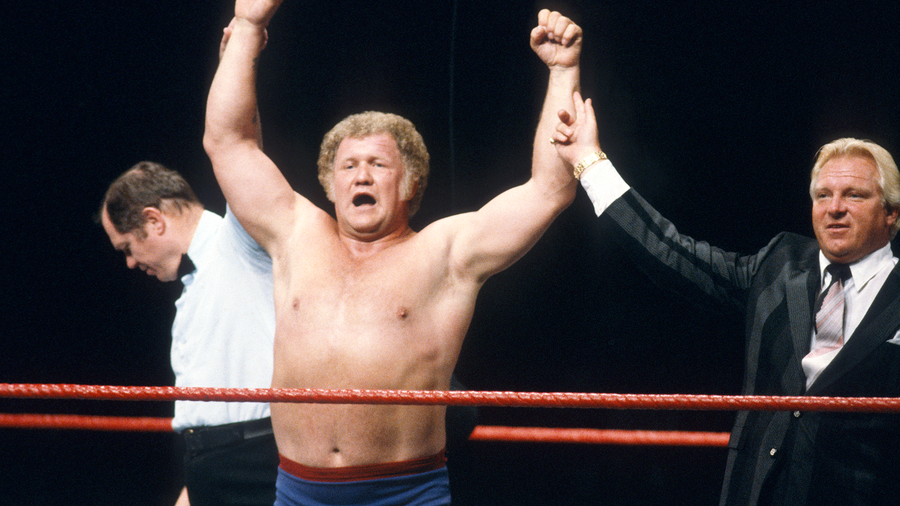 Former NWA World Heavyweight Champion Harley Race referred to himself as "The Greatest Wrestler on God's Green Earth" and with good reason.

During the 1970s and early '80s, Race was the NWA's most dominant champion, representing the sport's oldest World Heavyweight Title with pride and defending it all over the world with his raw-boned and rugged mat style. His impact in sports-entertainment was so great that WWE made Race the first NWA World Heavyweight Champion to engage in historic title unification matches against WWE Champions like "Superstar" Billy Graham and Bob Backlund.

Race finally joined WWE full-time during the company's national expansion, and was introduced to a new generation of sports-entertainment fans worldwide as "The King" Harley Race. Clad in regal robes and a crown, he faced the late Junkyard Dog in a memorable encounter at WrestleMania III in front of over 93,000 fans at the Silverdome in Pontiac, Michigan. He was also one of the earliest King of the Ring tournament winners in 1986, years before that event became an annual pay-per-view spectacular.

Harley Race was inducted into the WWE Hall of Fame in 2004 and will always be regarded as one of the toughest men in sports-entertainment history.