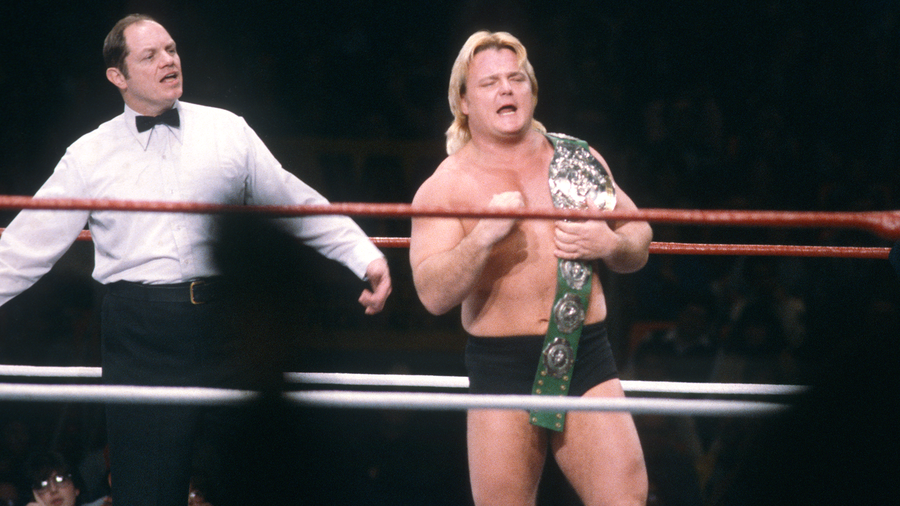 One of the toughest, most rugged competitors ever to come down the pike, Greg "The Hammer" Valentine more than carried on the tradition first established by his legendary father, the late Johnny Valentine. A top-ranked Superstar during the 1970s, 1980s and 1990s, his career saw him earn a slew of singles and tag team championships in different eras of sports-entertainment history in the NWA, WCW and WWE.

In the late 70s and early 80s, Valentine bounced between the NWA and WWE. "The Hammer" held the NWA Mid-Atlantic (every territory had their own tag team champions) World Tag Team Title with Ric Flair. Valentine also held the WWE World Team Title with Brutus Beefcake. As a singles competitor, Valentine won the United States Championship in the NWA and the Intercontinental Championship in WWE. Perhaps most impressive is the fact that Valentine is one of the few Superstars who can lay claim to competing on the NWA's first Starrcade (he defeated "Rowdy" Roddy Piper in a Dog Collar Match to win the United States Championship) as well as the first WrestleMania (he successfully defended the Intercontinetal Championship against Junkyard Dog).

After leaving WWE, "The Hammer" made frequent appearances on WCW Monday Nitro as late as 1997 and returned to compete on WWE Monday Night Raw in 2005, 35 years after his debut match! Greg "The Hammer" Valentine's hard-hitting style in the ring will never be forgotten by those who saw him, and along with fellow WWE Hall of Famers, "Nature Boys" Flair and Buddy Rogers, Valentine helped make the figure-four leglock a staple of sports-entertainment.