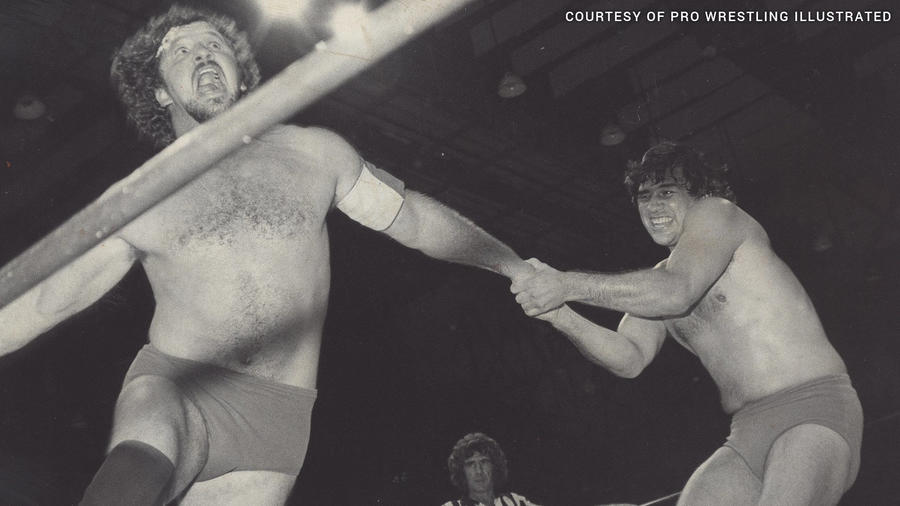 There have been several brother tandems that have terrorized the sports-entertainment scene over the years. From Johnny & Jimmy Valiant to Terry & Dory Funk and beyond, many duos have shown that blood truly is thicker than water. In the southeastern United States, however, there is one sibling connection that stands above the rest -- Jack & Gerald Brisco.

Nine years the junior of brother Jack, Gerald Brisco followed his sibling into the world of sports-entertainment in the late-1960s. Like Jack, Gerald was an amateur standout, winning many AAU tournaments and earning a scholarship to Oklahoma State University. Following his collegiate career, Gerald trained under his older brother, adopting his signature Figure-Four Leglock, and made his official debut in 1968.

Throughout the 1970s, The Brisco Brothers were a dominant force in the southeastern United States, especially in Championship Wrestling from Florida. Together, the duo racked up nearly two dozen reigns as tag team champions, including three as the NWA World Tag Team Champions in 1983 and 1984.

In the late 1970s, Jack & Gerald Brisco discovered a young talent in Florida that they referred to Matsuda as a potential trainee. In 1984, that man won the WWE Championship and became synonymous with WWE as it began its expansion into a global phenomenon. That man, of course, is none other than Hulk Hogan.

Also in 1984, the Briscos made their own impact in terms of helping WWE's national expansion. That summer, he and Jack -- who had held a controlling interest in the Georgia Championship Wrestling territory in the early 1980s -- sold their majority stake in the company and its Saturday timeslot on WTBS to WWE Chairman Vincent K. McMahon, giving WWE its first national platform and effectively putting GCW out of business. While McMahon sold everything to Jim Crockett less than a year later, it was one of the first steps in turning WWE into the global phenomenon it is today.

Gerald Brisco retired soon after that and began working in the WWE front office. As a close confidant of the WWE Chairman, Brisco found his way back to television in the late-1990s. He and fellow associate Pat Patterson -- dubbed "The Stooges" by some -- stood faithfully at McMahon's side as he battled the likes of "Stone Cold" Steve Austin and his own children. Brisco also stepped into the ring from time to time, even winning the Hardcore Championship twice in 2000 -- which eventually led to the infamous Hardcore Evening Gown Match between Brisco and Patterson at King of the Ring 2000.

On his own, Gerald Brisco is one of the most decorated Superstars in sports-entertainment history and a bona fide legend in Florida and the southeastern Untied States. Paired together, however, the Brisco Brothers are icons of sports-entertainment in another stratosphere altogether.