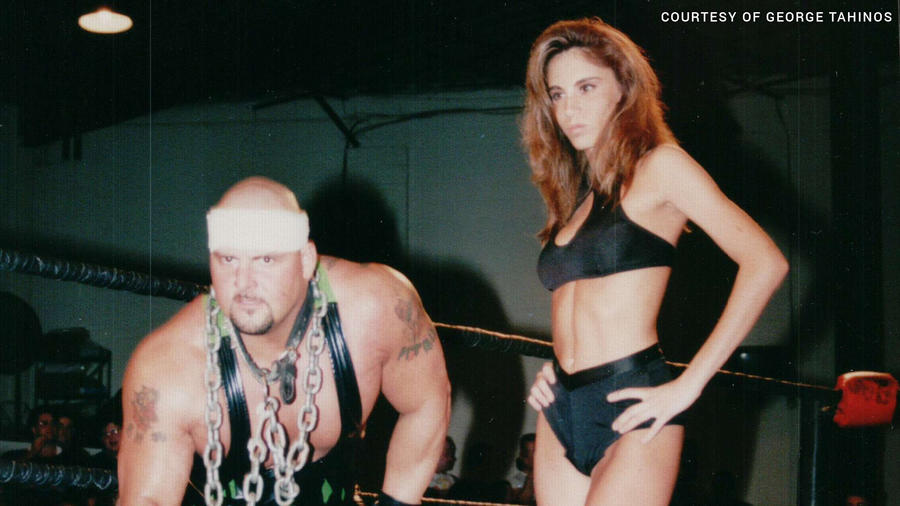 Everybody hates the popular girl. She’s dating the football quarterback, being crowned prom queen and is the object of everyone’s attention. During nearly the entire run of ECW’s 1990s heyday, there was one obvious popular girl: Francine. And she knew it, too.

One look at Francine and it was clear she was no ordinary Catholic girl from Philly. As devious as she was stunning, the vixen became an immediate sensation upon her arrival in ECW. First identifying herself as an avid Stevie Richards devotee, she became the eccentric grappler’s sweetheart and quickly earned the ire of Raven and Beulah McGillicutty, with whom Francine would often tangle on the canvas – much to the delight of the ECW Arena faithful.

After being betrayed by Stevie, Francine took a cue out of Catwoman’s playbook and donned an all-leather outfit to match her new charges. The Pitbulls. Gary Wolfe and Anthony Durante were the bite to their beautiful ally’s bark. In fall 1995, she led The Pitbulls to the ECW Tag Team Championship, and early the next year at CyberSlam, teamed up with them to defeat Stevie Richards and The Eliminators in a Dog Collar Match, pinning her former beau in the process. That summer, she led Durante to defeat Shane Douglas for the ECW Television Title, but Francine was one shrew that couldn’t be tamed.

Though the victim of verbal barbs from Douglas for months, Francine turned her back on The Pitbulls at Heatwave 1996 to side with The Franchise himself. The seductive Francine assisted ECW’s despised quarterback en route to two reigns as ECW World Champion. She became an integral cog in his Triple Threat group, often playing a key role at ringside for the matches of members Chris Candido and Bam Bam Bigelow.

When Douglas departed ECW, Francine aligned herself with the organization’s heart and soul: Tommy Dreamer. Through much of 1999 and into 2000, the newly christened Queen of Extreme embodied ECW as much as Dreamer did. But when Tommy finally became ECW Champion, Francine executed yet another double-cross, this time essentially handing the title to the unlikely Justin Credible.

Under Francine’s guidance, Credible became ECW’s bona fide top villain. And when the smug jerk lost the title, he knew to take seriously the devilish backstabber’s threats to leave him – unless he regained the gold. It was clear to Credible, as it was to all that came before him, that this queen did whatever it took to stick with a winner.

Francine was a threat to any man up and down the Jersey Turnpike. Because if there’s one thing to know about the popular girl, it’s that she can never be trusted.