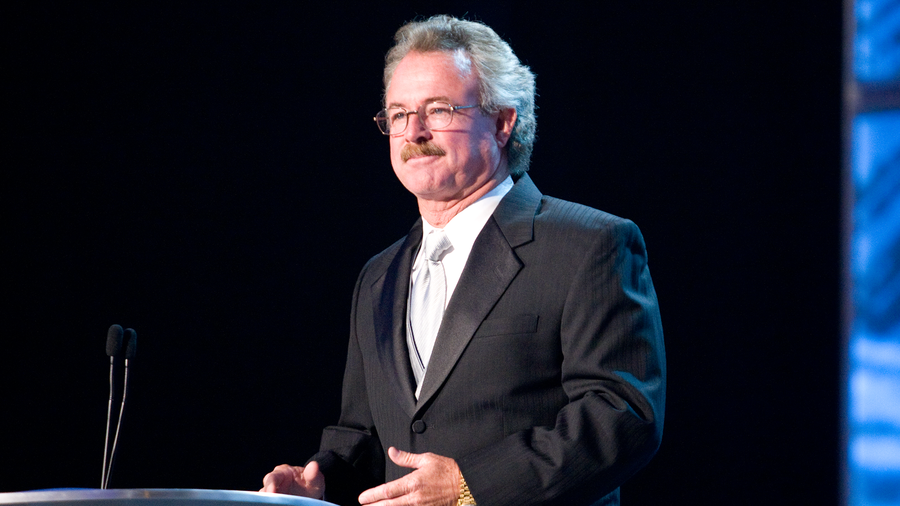 To many of our newer or more casual fans, the name Eddie Graham might not be all that well-known. To those in the sports-entertainment know, however, Graham's legacy is revered as a world-class in-ring performer, promoter and trainer.

Trained by Cowboy Luttrell, Graham began his sports-entertainment career in 1947. Just 17 years old at the time, Graham was billed as Rip Rogers, "brother" of the legendary "Nature Boy" Buddy Rogers. Competing in Texas over the next decade, he racked up numerous regional NWA Championships -- including a reign as Texas Tag Team Champions with Johnny Valentine -- before being defeated in a Loser Leaves Town Match against Pepper Gomez in 1958.

After leaving Texas, Graham reverted to his more famous ring name and headed east where he joined up with brothers Dr. Jerry and "Crazy" Luke Graham and became one of the most reviled Superstars of the 1960s. While Luke stayed solo, Jerry & Eddie were a successful tag team, winning numerous titles up and down the east coast. Their reign of terror included four stints as United States Tag Team Champions in Vincent J. McMahon's Capitol Wrestling promotion, and their rivalries with the likes of Miguel Perez and the Bastien Brothers were some of the fiercest the east coast had ever seen.

In 1960, Eddie Graham moved on to Florida, the territory he would call home for the remainder of his career. Graham enjoyed much success in Florida over the next 15 years, where he became a local legend. Inside the squared circle, he won numerous championships, including reigns as NWA Florida Tag Team Champions with legendary partners such as Bob Orton Sr., Jose Lothario and his own son, Mike. Graham's lengthy rivalry with Boris Malenko was the biggest in Florida throughout the 1960s.

In 1968, however, an accident nearly ended his career. A locker room window fell on Graham, and he needed surgery on both eyes and over 300 stitches to rectify the wounds. While unable to compete for more than a year, Graham moved into a different avenue -- that of promoter. He took over as promoter of Championship Wrestling from Florida in 1971, yet still continued to compete in Florida, Georgia and the southeast until 1977. Throughout the 1970s, CWF was one of the industry's hottest territories and home to such greats as Dusty Rhodes, Dory Funk Jr., The Brisco Brothers and legendary announcer Gordon Solie, among others.

His success got Graham elected as NWA President in 1976, but health issues forced him to vacate that seat just two years later. As NWA president, he helped promote the first ever NWA vs. WWE Championship unification match in 1978, pitting NWA Champion Harley Race against the fourth brother of the Graham family -- WWE Champion "Superstar" Billy Graham. That same year, Graham was named Sports Citizen of the Year in the Tampa area, just one of many community accolades the philanthropic promoter received over the years.

Sadly, Graham passed away on Jan. 20, 1985. His passing was heavily mourned, as the 55-year-old promoter's death left a void in both the sports-entertainment and civic communities. His beloved CWF territory would officially fold just a few years later.

In 2008, one of Graham's most successful former employees gave him the ultimate honor, as 2007 Hall of Famer Dusty Rhodes inducted him into the WWE Hall of Fame.