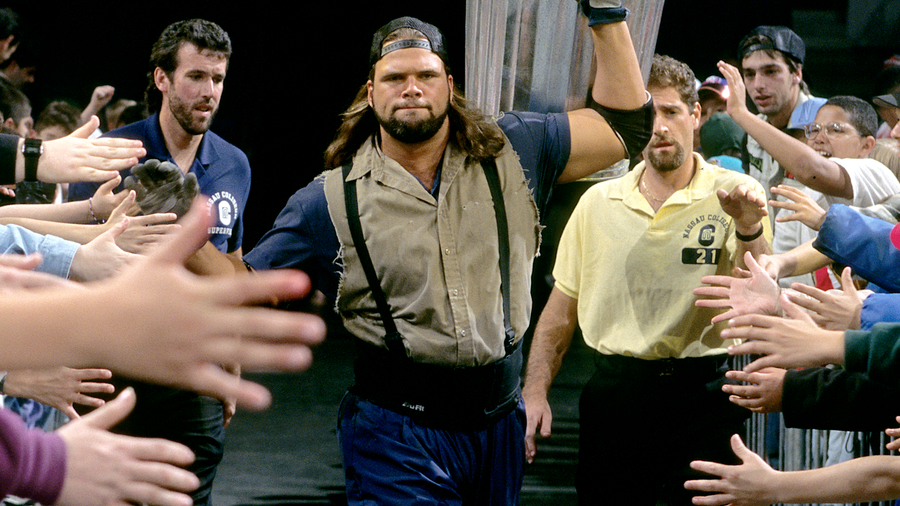 From the garbage heaps of Mt. Trashmore, Florida to the rings of WWE, the burly rubbish collector known as Duke "The Dumpster" Droese was one of the few Superstars who literally talked trash.

Starting his career in the Florida independent circuit in the early '90s, Droese debuted with WWE in 1994 and immediately began to butt heads with Jerry "The King" Lawler. The rivalry between these two men earned a small place in WWE history when Lawler struck "The Dumpster" in the head with his own garbage can. Considered to be one of the first occurrences of hardcore ring action on Monday Night Raw, the act was so shocking that "The King" was forced to apologize for demonstrating such brutal aggression on television.

"The Dumpster's" other notable rivalry of the era was against a young Triple H. Again, Droese would achieve another interesting distinction when he dealt Triple H his first loss in WWE. This victory earned the trash man the No. 30 spot in the 1996 Royal Rumble match. While Duke failed to win the bout, he racked up a few more victories over Triple H in the coming months.

Later that year, Droese left WWE. While he would continue to compete in smaller promotions throughout the years, he eventually settled into a new position as an elementary school teacher for students with learning disabilities in Tennessee.

In 2009, WWE.com caught up with "The Dumpster" for a Where Are They Now? feature, which you can read here.