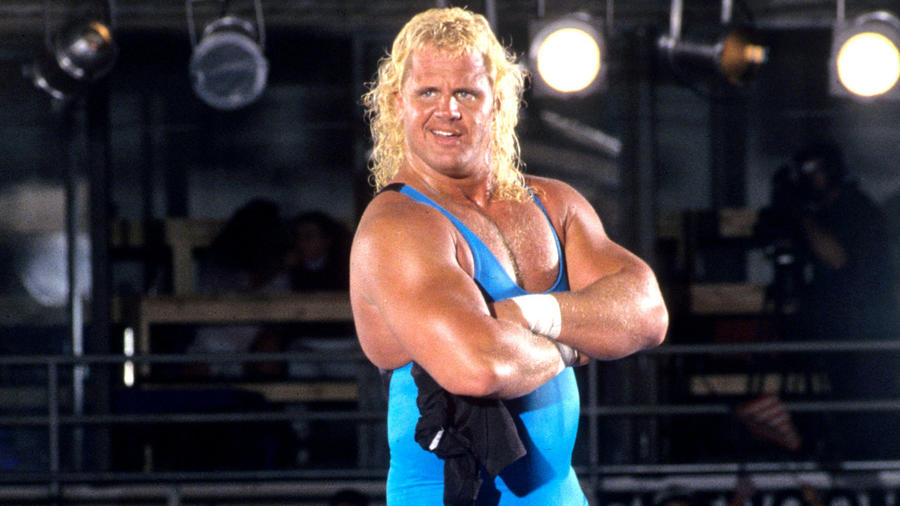 A flawless technician with a flair for the dramatic, Mr. Perfect did everything — you guessed it — perfectly. His dropkicks were textbook, his Perfectplex was near inescapable. He brought the Intercontinental Title a new level of credibility during his two reigns and set a higher standard for technical wrestling in WWE when he defended the championship against Bret “Hit Man” Hart at SummerSlam 1991. In his prime, the man was the pinnacle of a sports-entertainer from his curly blonde hair right down to his spotless white boots.

The son of Minnesota wrestling legend Larry "The Axe" Hennig, Curt first grabbed the attention of sports-entertainment fans as a top star in Verne Gagne's American Wrestling Association. These were important steps in Hennig’s development as an in-ring talent, but his legacy would be defined by his time in WWE.

Heavily hyped by a series of vignettes that showed him doing everything from bowling a perfect game to hitting a home run, Hennig went undefeated for a year when he debuted in ’88. After nearly winning the 1990 Royal Rumble, Perfect linked up with Bobby “The Brain” Heenan and captured the vacant Intercontinental Title. A two-time champion, his most enduring moment with the title was in a loss to Bret Hart at SummerSlam in 1991 in a match often marked as the finest in that event’s history. Even in defeat, Perfect was at the top of his game.

Nagging injuries led Hennig to take a break from competition and adapt to new roles as both an “executive consultant” to Ric Fair and a commentator. In 1996, he even led Triple H to his first Intercontinental Championship before leaving WWE for WCW. Here, Hennig joined the legendary Four Horsemen but quickly defected to the villainous New World Order. In 1999, Hennig severed his ties with the nWo and joined up with Kendall & Barry Windham and Bobby Duncum, Jr. in a group of good old boys dubbed The West Texas Rednecks. Butting heads with a hip hop group known as The No Limit Soldiers, Hennig and company recorded a toe-tapper called “Rap is Crap” and became unexpected fan favorites in the process.

Hennig returned to WWE for the final time in 2002, competing in the Royal Rumble Match and making it to the final four. It was Mr. Perfect’s last great showing in the squared circle, as he passed away in 2003 at the age of 44. Four years later, his legacy was honored when he was inducted into the WWE Hall of Fame by his friend and Major League Baseball Hall of Famer, Wade Boggs.