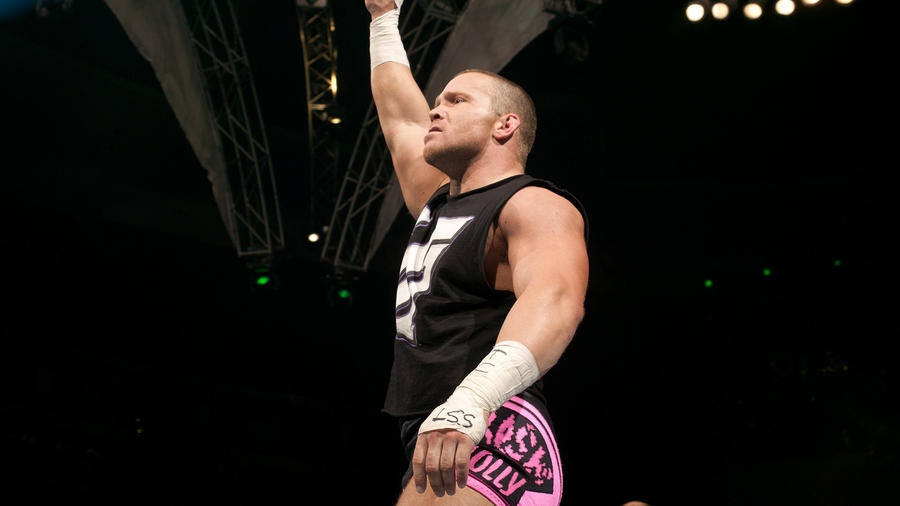 “Stone Cold” Steve Austin, Mankind, D-Generation X … Crash Holly? He might not have been featured in WrestleMania main events, but the smaller of the crew-cut blond Holly cousins was as integral to the unpredictable tone of The Attitude Era as any other notable Superstar — and not only because Chris Jericho brought attention to Crash’s resemblance to Elroy Jetson.

Brought to WWE by his older cousin, Hardcore Holly, Crash first appeared on Raw in August 1999. Instantly, the relatives were at odds with one another over who was the tougher “super heavyweight.” The former Bob Holly had become known as perhaps the most hardened member of the WWE roster since ditching his “Spark Plug” persona, something Crash was determined to disprove. The younger cousin claimed to be well more than 400 pounds and began carrying a large medical scale to the ring to drive home the point.

The inflated sense of self might have been comical, but it brought Crash nothing but success. Despite their clear differences, the two cousins banded together and became a surprising force to be reckoned with in WWE’s busy tag team division. The egomaniacs defeated popular tandems including The Hardy Boyz, Too Cool and The APA. But the Hollys’ biggest success came in October 1999 when they defeated The Rock ‘n’ Sock Connection to win the World Tag Team Championships.

Once he achieved his first taste of championship gold, Crash followed in his older cousin’s footsteps and joined the burgeoning Hardcore division. Bob Holly had been a perennial contender for the Hardcore Championship, but he likely never imagined the brand of chaos that would be introduced to the fractured title after bringing his smaller relative to WWE.

After Crash won the title for the first time, he declared it would be defended anytime, anywhere, 24 hours a day, seven days a week. From that point forward for the next two years, spontaneous competition in unorthodox locations became the norm, which usually resulted in Crash escaping with his beloved title. Defending the championship in hotel rooms, airport baggage claims, circus parking lots and ball pits earned Crash the nickname “The Houdini of Hardcore.” He won the title on 22 occasions, a number bested only by Raven.

The manic nature likely exhausted Crash, who made brief sojourns out of the Hardcore division to achieve success elsewhere. He defeated crafty veterans William Regal and Dean Malenko for the European Championship and the Light Heavyweight Championship, respectively.