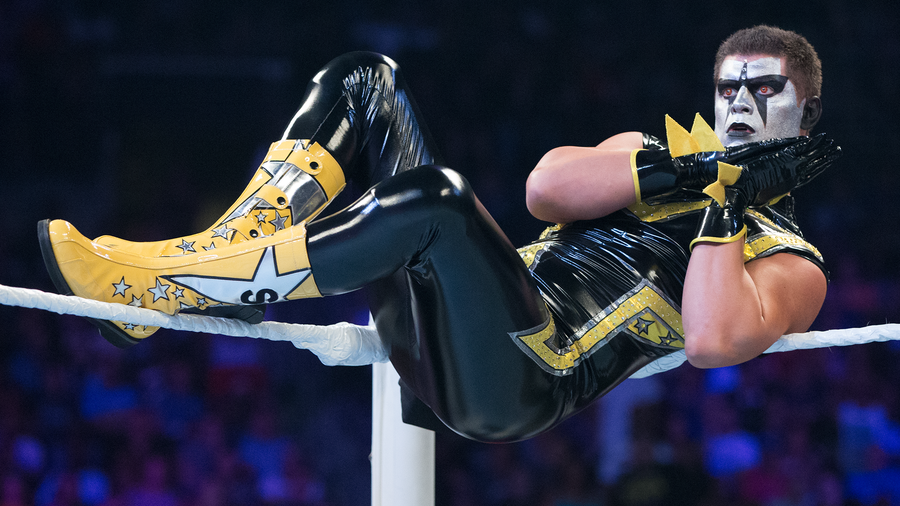 Originally introduced to the WWE Universe under the identity of Cody Rhodes — the dashing, dastardly son of Dusty — Stardust later forsook his given name to transform himself into a sinister space demon. It meant putting the Intercontinental and Tag Team Titles he’d won as Cody aside in favor of starting anew.

The results were immediate: Teaming with his brother Goldust, Stardust became a WWE Tag Team Champion and, months later, came within a hair’s breadth of the Intercontinental Championship — his “Ivory Enterprise” — at WrestleMania 31.

Like any supervillain worth his salt, The Prince of Dark Matter made it his point to target the most beloved do-gooders in both WWE and beyond, tussling with airborne hero Neville and even Stephen Amell, the hood-wearing, bow-slinging star of “Arrow.” He even expanded his empire to include a pair of enforcers, recruiting The Ascension to his ranks under the name of The Cosmic Wasteland.