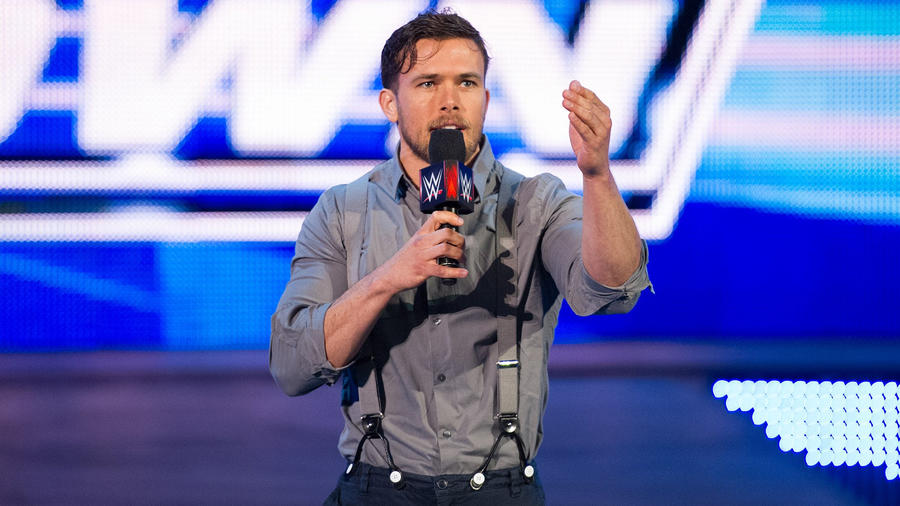 A shameless self-promoter with dreams of reality TV stardom and the shrewdness of a politician, Maddox mired through tryouts in WWE developmental despite hearing he would never make it to the main roster of WWE. His one chance for notoriety came in the black-and-white stripes of a referee uniform.

As Ryback prepared to finish reigning WWE Champion CM Punk and cruise to a championship win at 2012’s WWE Hell in a Cell, Maddox saw his opening. The official delivered a low-blow to the behemoth before making a fast count to help Punk retain his title.

Seemingly disgraced, Maddox refused to hide, assuring the world that he worked alone at Hell in a Cell before demanding Mr. McMahon give him a match with Ryback with a WWE contract on the line. Although the self-proclaimed “YouTube sensation” could not claim the WWE roster spot he coveted since growing up in North Carolina, he would not go into exile, unsuccessfully challenging the likes of Randy Orton and Brodus Clay for a contract and always suffering one-sided defeats.

His skills as a Superstar lacking, Maddox ingratiated himself with the likes of Mr. McMahon, who eventually appointed him Assistant to Raw’s Managing Supervisor, Vickie Guererro.

After Vickie Guerrero was fired, however, Mr. McMahon named Maddox the new General Manager of Raw. He continued to usher in the "Bradittude Era" until finding himself in the precarious position of trying to please The Authority, Stephanie McMahon and Triple H, as well as avoid the wrath of Director of Operations, Kane.

For Maddox, however, his house of cards all came crashing down on him after he was "coerced" into siding with The Shield over the orders of Evolution leader Triple H. In doing so, he sealed his fate and was summarily fired by Stephanie, but not before being taught a painful "lesson" by Kane.

Maddox was last seen on television wearing a turkey costume and being tombstoned by The Undertaker on the 2015 Thanksgiving episode of The Tonight Show Starring Jimmy Fallon on NBC.