Notorious for his use of foreign objects 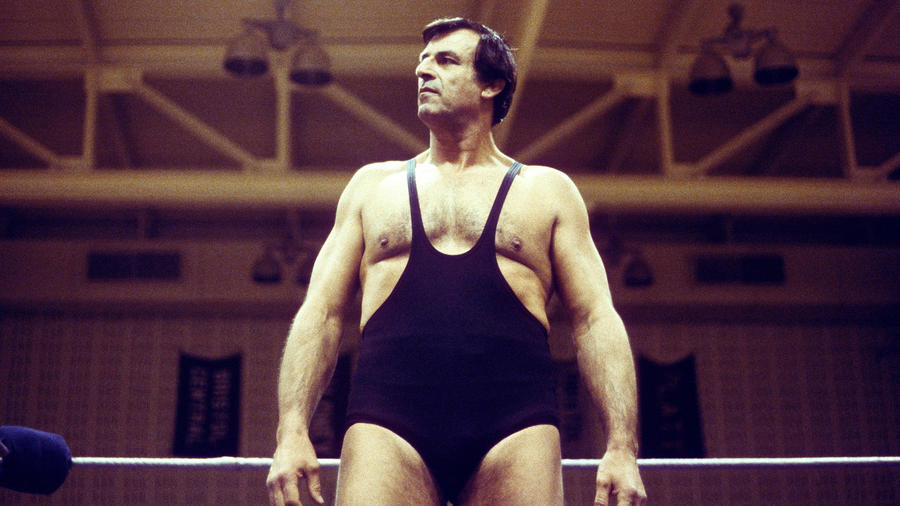 Hailing from the Isle of Malta, Baron Mikel Scicluna is the most famous man in sports-entertainment to be billed from the tiny island nation in the Mediterranean Sea. Scicluna would enter the ring with a blue cape slung over his shoulder, indicating that somewhere in the distant past there was a hint of royal blood. But when the bell rang, there was nothing suave about the Baron, who frequently victimized opponents with a roll of coins.

Scicluna began his sports-entertainment career as Mike Valentino, spending most of his career in Canada. In 1965, he came south of the border to join WWE, where he reverted to his given name (complete with royal prefix).

During his time in WWE, Scicluna became a master at using (and hiding) foreign objects, most notably his aforementioned roll of coins. Only rarely did referees ever catch on to Scicluna's deceptions, and he used them to his advantage.

During his career, Scicluna's biggest successes came as a tag team wrestler. Shortly after entering WWE, Scicluna won the United States Tag Team Championship with Smasher Sloan in 1966; six years later, he and King Curtis Iaukea captured the World Tag Team Championship. He also teamed up with fellow Hall of Famer George "The Animal" Steele (mainly in the Pittsburgh area) during his career, and the two were a notable thorn in the side of Steel City native Bruno Sammartino.

In between, Scicluna established himself as a recurrent threat to Sammartino and Pedro Morales during their reigns as WWE Champion, coming close but never winning the gold. His most famous moment, however, perhaps came in 1976, when he was Gorilla Monsoon's opponent on the night boxing legend Muhammad Ali stormed the ring (and subsequently fell victim to Monsoon's Airplane Spin).

Scicluna's career continued into the mid-1980s, where he was often seen on WWE television before retiring in 1984. A dozen years after his retirement, Scicluna was inducted into the WWE Hall of Fame; fittingly, it was Monsoon who put the Baron into the Hall, putting a Gorilla-sized stamp on the legacy of the man from the Isle of Malta.