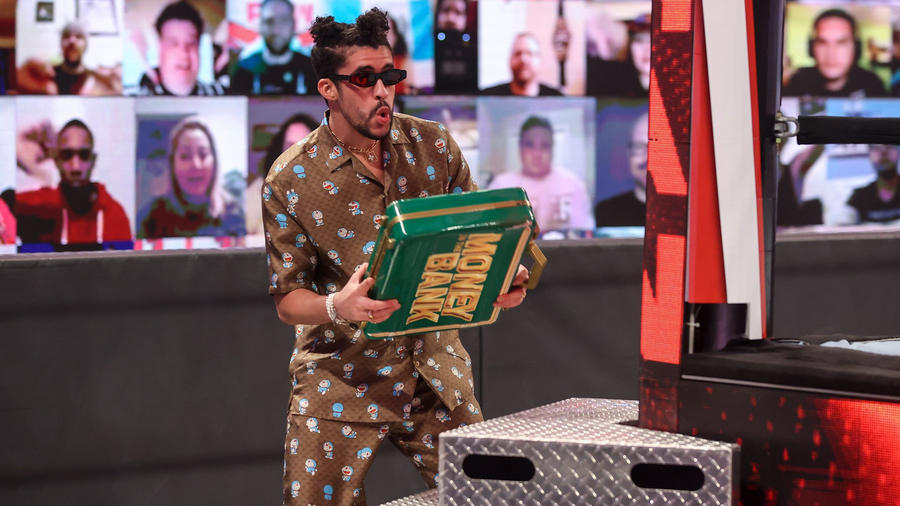 Puerto Rican rapper, singer, and songwriter Bad Bunny first crossed paths with WWE as a fan. The international sensation has such a love for the squared circle that it inspired him to create and subsequently perform his song “Booker T” at the 2021 Royal Rumble. The action did not stop there, however. Later in the evening, after The Miz overturned Bunny's turntable system during his entrance into the Royal Rumble Match, the irate performer made his way down to the ring. That distraction allowed Damian Priest to eliminate Miz & Morrison from the free-for-all before Bad Bunny leaped from the top rope onto both Dirt Sheeters at ringside.

Bad Bunny accompanied his friend Priest to The Archer of Infamy's Raw debut match and helped him get the best of The A-Lister and The Shaman of Sexy.

Then, moments after Akira Tozawa pinned R-Truth backstage to capture the 24/7 Title on the Feb. 15 edition of the red brand, Priest slammed the new titleholder into storage equipment and paved the way for Bad Bunny to pin him and capture the 24/7 Championship.