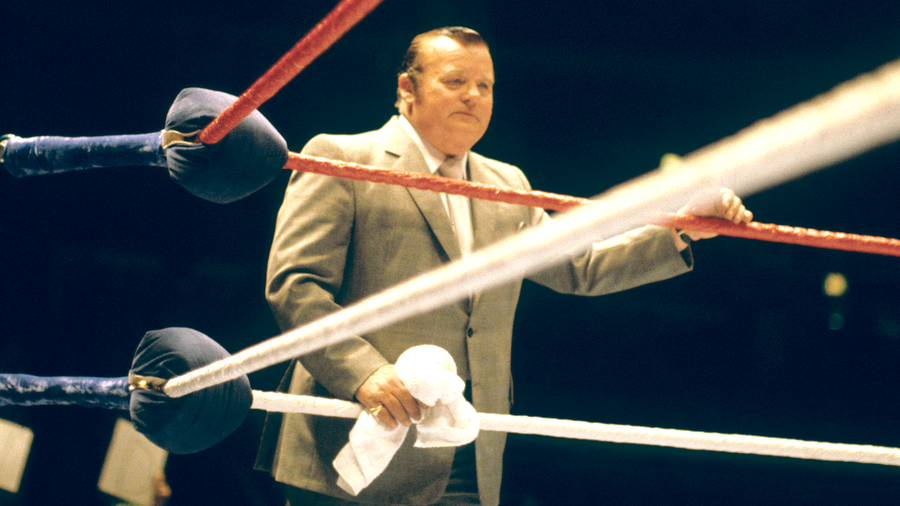 A former United States Marine, Skaaland began his career in 1946 after serving in the military in World War II. He quickly earned the nickname "The Golden Boy," known as someone who used his speed and toughness to his advantage. Skaaland's career took him all around the world, and he nearly dethroned multiple NWA World Champions. In 1962, his travels brought him to Japan, where he was the referee for a famous match between fellow Hall of Famer Freddie Blassie and Japanese sumo star Rikidozan.

In 1963, Skaaland became part of Vince McMahon, Sr.'s newly-formed sports-entertainment company. It was at that point that his career took a multi-faceted turn. While he was a successful grappler (Skaaland and Spiros Arion held the old United States Tag Team Championship in 1967), he was also a shareholder in McMahon's Capitol Wrestling Corporation. When the CWC morphed into the WWE, Skaaland became responsible for producing shows at the Westchester County Center in his home area of White Plains, N.Y.

Skaaland also moved into managing, leading the careers of Bruno Sammartino and Bob Backlund during their reigns as WWE Champion. He also managed Tony Parisi in the 1960s (in fact replacing Parisi as Arion's partner during their U.S. Tag Team Title reign) and managed Andre the Giant when both were in Japan. However, Skaaland retired from active competition after leading Backlund to the WWE Championship, and their partnership would lead to perhaps the most infamous moment of Skaaland's career.

In December 1983, The Iron Sheik challenged Backlund for the WWE Championship. The champion was suffering from a neck injury, and when Sheik trapped Backlund in the dreaded Camel Clutch, Skaaland threw in the towel to prevent any further damage to his client's neck. Backlund lost the gold, and soon thereafter, Skaaland left ringside for good. He would later pop up again in 1987, playing a construction foreman alongside several WWE Superstars in the music video for The Wrestling Album 2's title track, "Piledriver."

A decade later, it was Backlund who would induct Skaaland as part of the first full WWE Hall of Fame class. However, just weeks later, Backlund attacked his former manager in the midst of becoming one of the most hated men in WWE.

On March 13, 2007, Skaaland died in Westchester County, N.Y. with his wife Betty by his side. Several colleagues paused to remember Skaaland, who longtime friend and rival Captain Lou Albano called "the most loyal man I've ever met" on the World's Greatest Wrestling Managers DVD.

He was a loyal friend, a trusted business partner, a talented grappler and brilliant managerial mind; it is these traits that make him worthy of being enshrined in the WWE Hall of Fame.