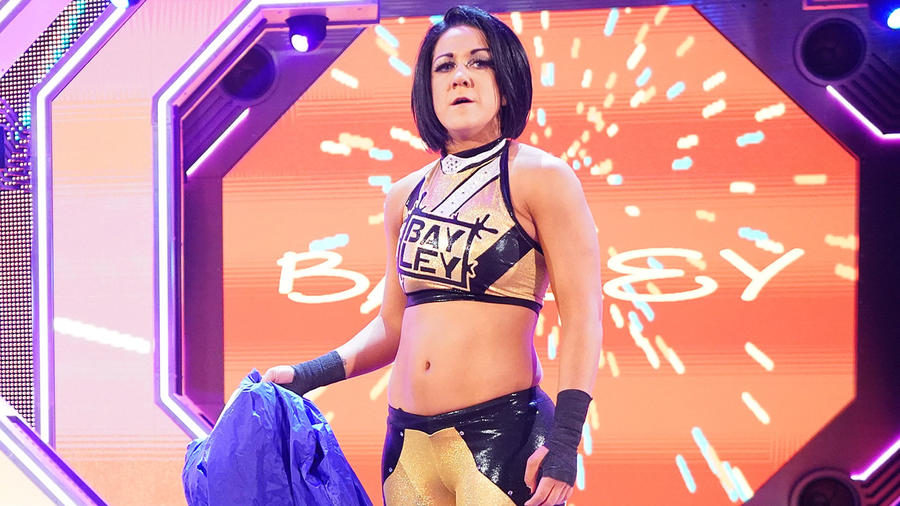 Long before she was a SmackDown Superstar, Bayley was a 10-year-old superfan in San Jose, Calif., watching her favorites like Lita and Eddie Guerrero on TV. She decided then that she wanted to inspire fans the same way the Superstars of the ’90s and early ’00s did for her. But in late 2019, that goal would not stop the former hugger undergo a jaw-dropping transformation from one of WWE’s most pure personalities into a win-at-all-costs, rule-breaking brawler.

When she turned 18, Bayley started to train for the squared circle, and after learning the ropes on the indies, she joined NXT’s burgeoning Women’s division in 2012. Unlike her contemporaries, she didn’t mirror Charlotte’s confidence, Sasha Banks’ swagger or Becky Lynch’s toughness. Instead, Bayley had an ever-present smile and an overwhelming enthusiasm that made it impossible to root against her.

She quickly inspired young ladies to wear side ponytails and grown men to embrace hugs, engaging in classic showdowns against the likes of Asuka and Nia Jax and making history in NXT by competing in the first 30-minute WWE Iron Man Match featuring two female competitors, defeating Banks to retain the NXT Women’s Championship and setting a new standard for the Women’s divisions in both NXT and WWE.

Debuting on the main roster in 2016, Bayley achieved a lifelong dream when she defeated Charlotte to win her first Raw Women's Championship. Two years later, she made history alongside Sasha Banks when they became the first WWE Women's Tag Team Champions by capturing the titles in an Elimination Chamber Match - the first of two reigns with the coveted titles - and even won the Money in the Bank Ladder Match in 2019 that led to her first SmackDown Women's Title.

In October 2019, Bayley emerged for her entrance with a cold new look in her eyes, produced an ax and slashed her beloved Bayley buddies to bits. The former Hugger turned her back on those who adored her and used her newfound edge to reclaim the SmackDown Women's Championship from The Queen to begin her second reign that would last a stunning 380 days.

At SummerSlam, Bayley reemerged alongside Dakota Kai and IYO SKY to stand defiantly in the face of Raw Women's Champion Bianca Belair and Becky Lynch.

Like her or loathe her, Bayley looks poised to dominate the blue brand as "The Role Model" for a very long time.